Japanese family to be kicked out of Altadena home 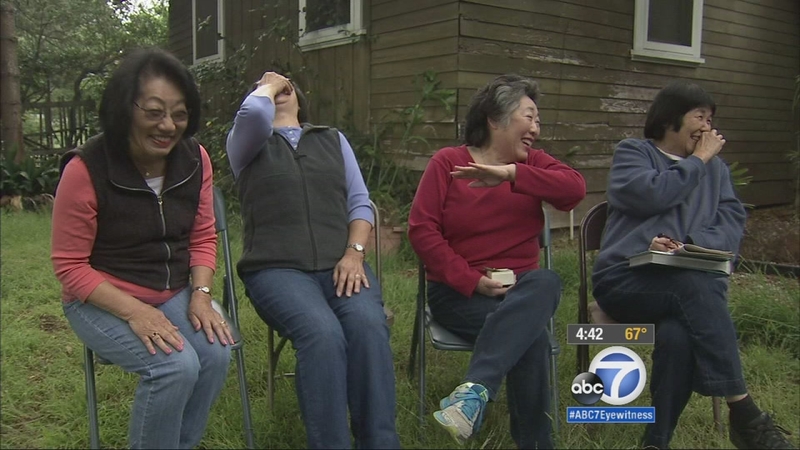 Japanese family to be kicked out of Altadena home

ALTADENA, Calif. (KABC) -- Despite a long-standing promise, one of Altadena's oldest families is being forced out of a home they have lived in for close to 100 years.

Cindy and Joyce Yuge's story dates back to almost 100 years ago, when William Kellogg hired their great uncle Hanjiro to work at the Scripps-Kellogg estate, known as Scripps Hall, in Altadena.

Kellogg built Hanjiro a home to live in, which is where the Yuge sisters currently reside.

In the 1920s, Hanjiro's nephew Takeo, who is the father of Cindy and Joyce, moved in and took over as groundskeeper, planting a rare Torrey pine tree. The tree is now 120 feet tall.

"For me, it symbolizes the relationship between the Kelloggs and the Yuges, between Mr. Kellogg and my father," Cindy Yuge said.

The Kelloggs and the Yuges became like family. Kellogg often took photos of everyone together.

Then World War II began and the U.S. incarcerated 120,000 innocent people of Japanese descent, including the Yuges, who were sent to Gila River, Arizona.

After the war, the Kelloggs searched for the Yuges, found them and asked them to come back to their home.

"They didn't have to do that. They could have hired another gardener, but they specifically wanted mom and dad back," Joyce Yuge said.

UCLA Asian studies professor Lane Hirabayashi said many Japanese Americans lost their homes and were met with hate after the war, but the Kelloggs did the exact opposite.

"They realized the injury that had been done to Japanese Americans in terms of public policy in the 1940s," Hirabayashi said.

The years ticked by and Cindy and Joyce's father plowed the fields, planting chrysanthemums. His old plow still sits by their front door.

In the 1980s, Kellogg donated the property to the Scripps home with the understanding that the Yuges would continue to live there and take care of it. But in 1985, right after Kellogg's death and against the wishes of the Kellogg family, the board of directors voted to sell it.

The property was eventually sold to the Pasadena Waldorf School. The school took over Scripps Hall, but wanted the Yuge cottage, too.

An agreement between the Yuges stated that once their parents died, the family would have to move out within six months, Joyce said.

That time has come. Their mother passed away a few months ago at 100.

The sisters said the school plans to level their home for a driveway and a parking lot. They said the endangered Torrey pine tree is gone as well.

The Pasadena Waldorf School did not return calls for comment.