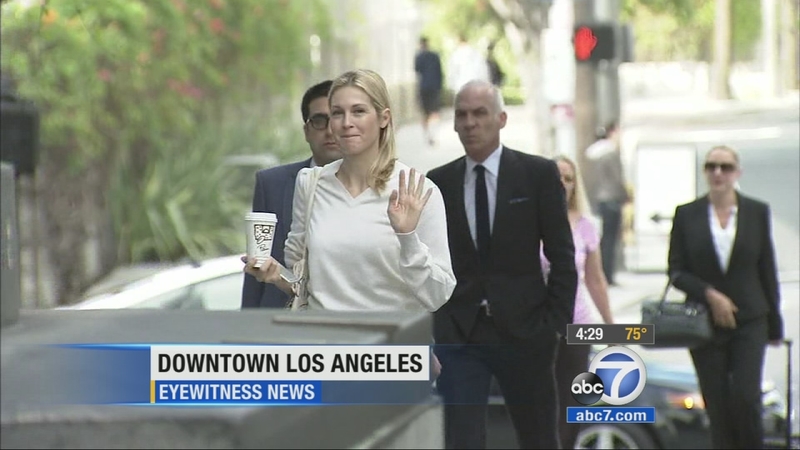 LOS ANGELES (KABC) -- Actress Kelly Rutherford insists California courts hold the power for determining the custody of her children. A ruling that sent her children, ages 6 and 9, to their dad in Monaco was supposed to be temporary. Now, three years have passed.

The 50-50 arrangement has not been even, according to Rutherford's attorney, David Glass.

"The children, for their part, have spent almost half and half of their time with their mom and their dad, only because Kelly has traveled back and forth to Monaco over 70 times to make sure that she maintained that relationship with the children," Glass said.

The "Melrose Place" and "Gossip Girl" star says the costs of lawyers and trans-Atlantic trips for visitation forced her into bankruptcy. On the stand, she cried.

"I was going about once a month, then every five weeks, then every six weeks just because of financial reasons," Rutherford said.

Her ex-husband Daniel Giersch monitored the hearing via live-video conferencing from his home in Monaco. His position is that the seaside principality is the children's home now since it's where they go to school. He can't travel to the United States because his visa was revoked.

He's challenging California's jurisdiction. His lawyer presented evidence that even though his children lived in California when custody was first spelled out, Rutherford's primary residence is in New York.

Rutherford says she has spent more time in New York because that where she's had more work and it's easier and cheaper to fly from there to Monaco. She guards hope that all the traveling to see her children will soon end.