Police launched a search for 29-year-old Joshua DeLoach, who was charged with aggravated robbery and kidnapping.
KTRK
By Charly Edsitty HOUSTON, Texas -- A 29-year-old Texas man remained at large Wednesday after allegedly abducting his own roommate at gunpoint.

The suspect has been charged, but police still have not found him.

In an interview with KTRK-TV, the victim, Justin Iwuji, said his now-former roommate had missed two months of rent, which is why he asked him to move out. From there, things escalated.

Security camera footage from inside Iwuji's Houston home shows the incident unfold on May 8.

Iwuji said he was making dinner the night of Mother's Day when he felt someone behind him. He turned around to see his roommate pointing a gun at him.

"On your knees." Houston police released a video showing what they say would wind up becoming a robbery and kidnapping of a roommate.

The suspect, 29-year-old Joshua DeLoach, can be seen on the surveillance video pulling out a gun and threatening Iwuji, telling him to get on his knees. Off-frame, Iwujii is heard pleading with the suspect.

The victim said DeLoach held him at gunpoint, demanded he transfer $6,000 into his bank account, and then forced him to open up a safe with jewelry and took some items.

Then, Iwuji said he was forced into a shower, where the gunman allegedly acted like he was going to shoot him. Instead, he reportedly tied Iwuji up, blindfolded him, put him in the trunk of his own car and took off.

Iwuji told KTRK he had no idea where they were going, but somehow managed to wiggle out of the duct tape when the suspect parked the car and got out.

The suspect drove all the way from Houston's East End up to FM-1960, about 25 miles, before Iwuji set himself free. 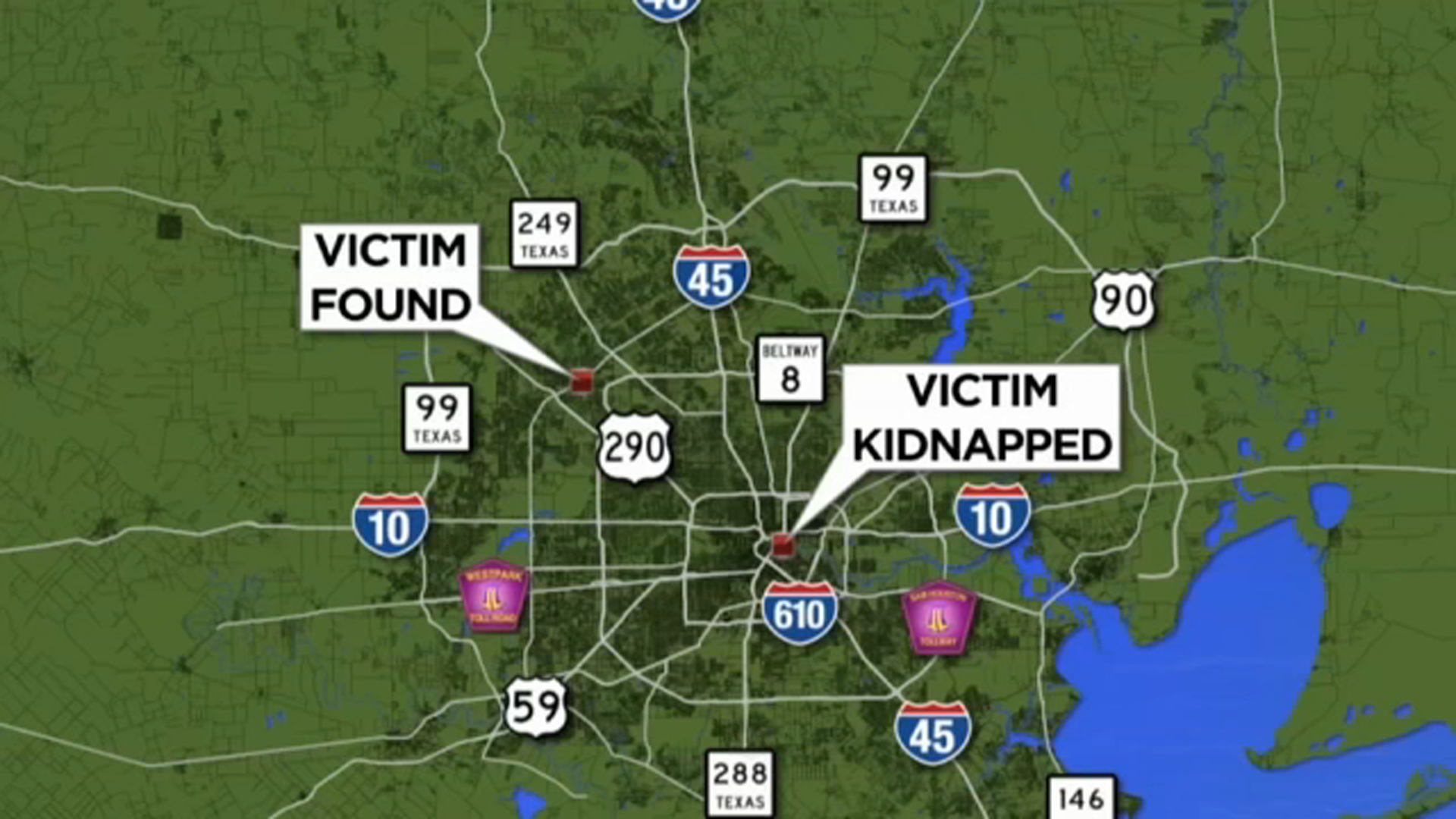 "I then push myself out of the car with my feet. I fall onto the ground. I manage to pry myself up with the tire of the car. I somehow manage to get the duct tape off of my ankles. Then I just get up and and I take off -- arms, wrists, hands still tied together," Iwuji recalled. "I run across some main roads, across a strip shopping area, across the street. There's another lady in her vehicle. She's pulling off. I'm waving at her. She slows down, but she's looking very scared, confused. Honestly, I don't blame her for not stopping."

Iwuji said he ran to a nearby road and was able to flag down a truck, whose driver gave him a ride to meet police.

"He stopped and I said, 'Hey, I don't need to get in your car. I'll get in the bed of your truck. But call 911; my roommate is trying to kill me,'" Iwuji said. "So he said, 'OK, get in the bed of the truck.' So I got in the bed of his truck. I laid flat, and he drove several miles and stopped, and the police were able to meet us."

DeLoach has been charged with aggravated robbery and aggravated kidnapping.