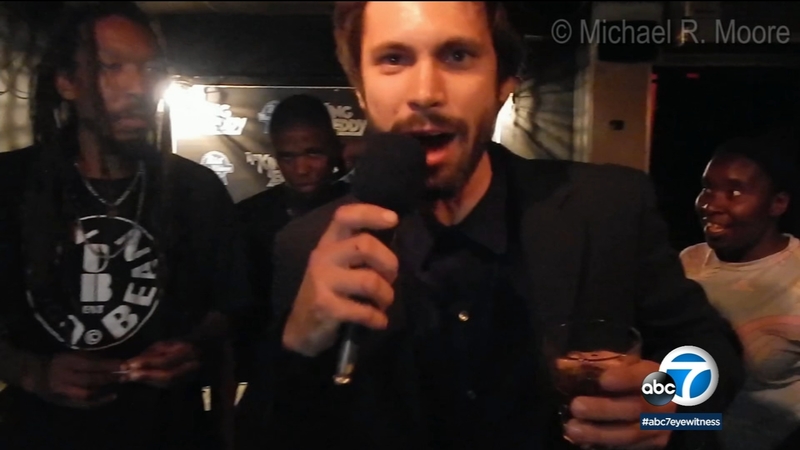 LOS ANGELES (KABC) -- Warning: The video contains graphic language that may not be suitable for some audiences.

In the footage, Robert Anthony Camou raps about being on the news, killing a woman and burying her in the dirt before someone takes his microphone away.

Homicide investigators are looking into the video that was taken later that day, the day before Camou was arrested after a four-hour standoff with police.

Video shows the 27-year-old dancing at the bar during an open mic night, attempting to grab the microphone from the host.

"We are very concerned for her well-being. We're asking her, if she's OK, to please contact any law-enforcement officer," said Lt. Scott Hoglund of the Los Angeles County Sheriff's Department Homicide Bureau at a Tuesday press conference.