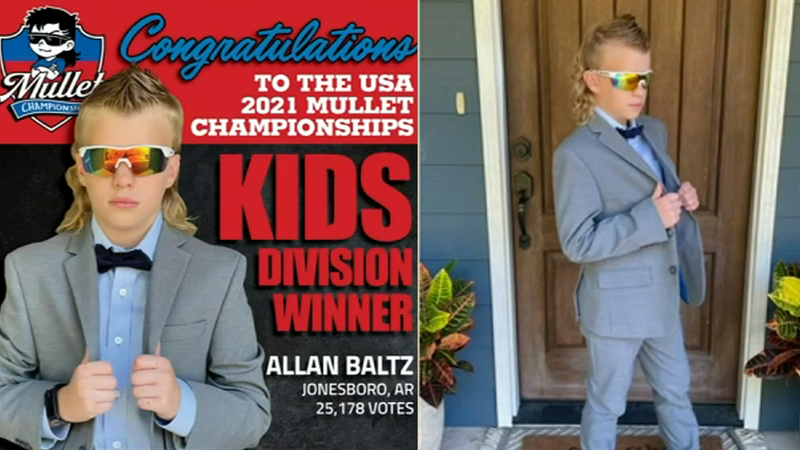 Boy wins mullet contest to help kids just like him

ARKANSAS -- And the winner for the best kid mullet goes to... an Arkansas middle schooler who has been growing his hair since the start of quarantine.

Allan Baltz won first place in the kid's division of a nationwide battle for the best mullet.

Allan's mother said he got interested in competing when he heard the winner would get $2,500, but he was not thinking about himself.

"Until he found out there was money involved, to which he quickly said, 'Well, I could do it and give the money to kids in foster care,'" said his mother.

Allan is no stranger to foster care.

"Well I know how it feels to be in foster care, so I thought maybe it would be sweet to do it," he said.

Allan and his sister were both in the foster care system until they were adopted. He donated his prize money to two Arkansas foster care organizations.