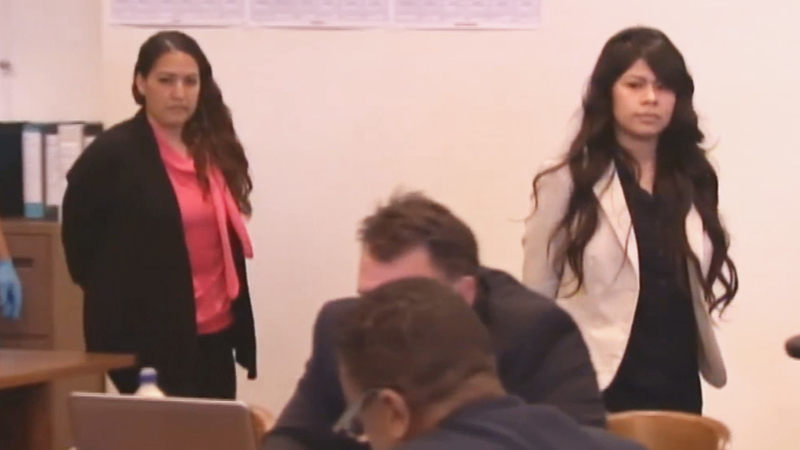 SANTA ANA, Calif. (KABC) -- A jury convicted on Thursday two women of voluntary manslaughter and assault in the fatal beating of Kim Pham outside a Santa Ana nightclub.

"It was not an unreasonable verdict under the totality of the circumstances... they were held accountable for their conduct," prosecutor Troy Pino said.

The prosecutor alleges that 23-year-old Pham and her friends were taking a photo outside The Crosby nightclub when a woman identified as Emelia, an acquaintance of the defendants, bumped into Pham, sparking a verbal fight. Zavala and Brito joined in on the fight, which led to the fatal beating on Jan. 19.

Portions of the attack were captured on cell phone video and were shown in court.

Pham sustained brain damage and was taken off life support on Jan. 21. An autopsy showed the cause of death was complications from a blunt force injury to the head, but noted it was impossible to determine if one blow or a combination blows killed Pham.

Pham's father James Pham said he felt sorry for the defendants as he saw them cry when the verdict was read.

"I love Kim with all my heart. Kim is all my life," James Pham said.

Zavala and Brito face a maximum sentence of 11 years in state prison. Their sentencing is scheduled for Sept. 12.