$75 cups of coffee sell out at SoCal locations 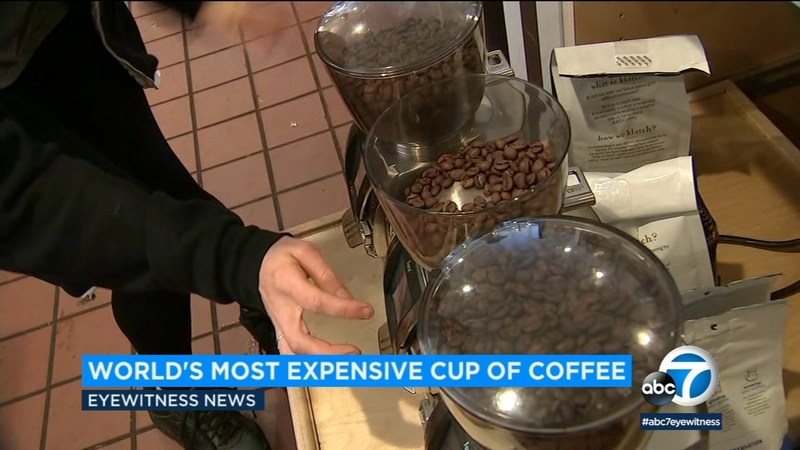 $75 cups of coffee sell out at SoCal locations

LOS ANGELES (KABC) -- Seventy-five bucks may sound pricey for a cup of coffee, but it seems plenty of people are willing to pay.

What's believed to be the most expensive cup of coffee in the world has already sold out at several exclusive Southern California locations.

Klatch Coffee Roasters is using the super exclusive Elida Geisha 803 coffee beans from Panama, which cost over $800 a pound.

It's only available at their Los Angeles and San Francisco locations.

Klatch says it owned the only 10 pounds available in the country. But they've run out after selling the brew to special events.

A company executive says the coffee is an affordable luxury, like an expensive wine.

"It's nothing like you've ever tried," said Heather Perry, vice president of Klatch Coffee. "It's almost got these beautiful tea-like qualities. It's got fruit flavors."