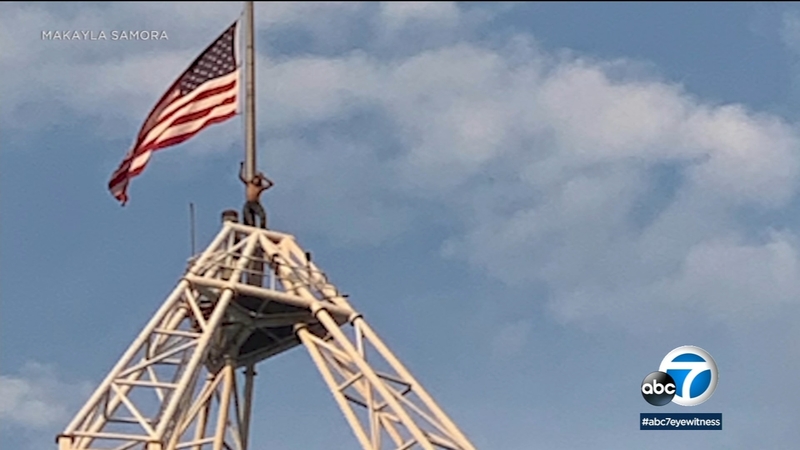 BUENA PARK, Calif. (KABC) -- A shirtless man who climbed to the top of a ride Saturday night at Knott's Berry Farm, prompting road closures and a police and fire department response, came down safely more than 90 minutes later.

The unidentified man climbed to the top of the Supreme Scream ride at about 7:20 p.m. Saturday and came down around 9 p.m., according to Buena Park police.

"Knott's Berry Farm became aware of a male who had accessed a unauthorized area and climbed the Supreme Scream tower. Park personnel alerted local law enforcement and emergency responders who are now on site. The guest descended the tower at 8:55 p.m. and is now currently safely on the ground in police custody. No other information is available at this time. The safety of our guests is always our top priority," the theme park said in a statement.

Knott's Berry Farm is set to welcome back guests Saturday after a shooting outside the park left two teenage boys wounded and sent visitors scrambling over fears of an active shooter Friday evening.

The Orange County Fire Authority prepared for a technical rescue, officials said. "Once the individual was secured, our firefighter paramedics assessed and transported him to a local hospital.''

It was unclear how the man managed to climb to the top of the ride or if he will face any charges.

La Palma Avenue was temporarily closed between Beach Boulevard and Western Avenue, and police asked the public in a tweet to stay away from the area.