Park officials said it appeared that two groves, including one with 5,000 trees, were seared by high-intensity flames.
KABC 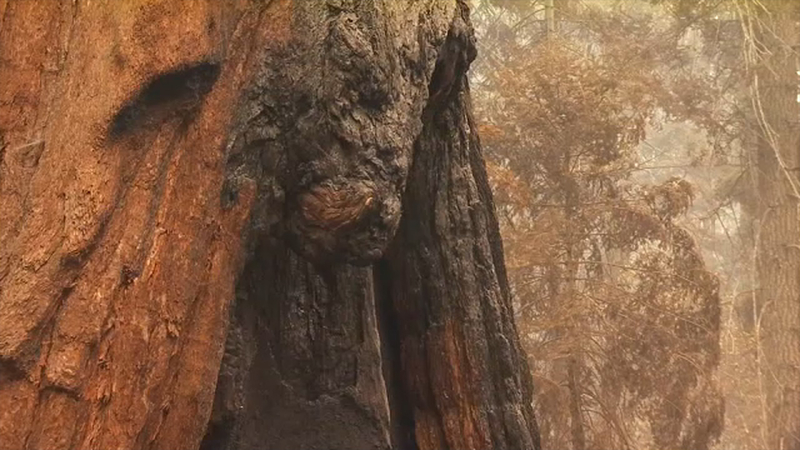 The fire's impact on the giant sequoia groves was mixed. Officials said most of the trees saw low to medium intensity fire behavior that the sequoias have evolved to survive.

However, park officials said it appeared that two groves, including one with 5,000 trees, were seared by high-intensity flames.

In recent weeks, the wildfire came close to a group of trees known as the Four Guardsmen, which form a natural entryway on the road to the Giant Sequoia forest.

Firefighters removed nearby vegetation and wrapped fire-resistant material around the bases of the massive trees, which saved some of the iconic giant sequoias.

RELATED: 4 hospitalized after being hit by fallen tree while working on KNP Complex Fire