Kobe Bryant dead in Calabasas helicopter crash along with daughter, Gianna, 7 others

KABC
CALABASAS, Calif. (KABC) -- Basketball legend Kobe Bryant has died after a helicopter crash in Calabasas killed all nine people on board, a representative from the Lakers confirmed to Eyewitness News.

A spokesman for the National Transportation Safety Board told ABC News that a Sikorsky S-76 crashed on a hillside in the town of Calabasas around 10 a.m. The circumstances surrounding the crash are unknown, and an investigation is ongoing.

Emergency crews responded after a helicopter crashed and sparked a small brush fire on Sunday in Southern California.

Initial reports indicated that five people were on board and killed in the crash. But at an afternoon press conference, Los Angeles County Sheriff Alex Villanueva said the passenger manifest indicated there were nine people on board - a pilot and eight passengers - and officials now believe that all nine died in the crash.

Bryant's daughter, 13-year-old Gianna, was also reportedly one of the passengers on board the aircraft, according to an ESPN source. They were on their way to a travel basketball game along with another player and parent. The other victims have not been identified.

Also killed in the crash was John Altobelli, a baseball coach in his 28th season at Orange Coast College. It is believed his wife and daughter were with him on the helicopter.

Los Angeles County fire and sheriff's department officials say the crash was reported at 9:47 a.m. in rough terrain in the area of Las Virgenes Road and Willow Glen Street.

When firefighters arrived, they found a fire had started, consuming about a quarter-acre of brush. The fire was particularly difficult to fight because of the presence of magnesium, which is difficult to extinguish and reacts with oxygen and water, county Fire Chief Daryl Osby said.

Paramedics also helicoptered to the scene and were hoisted down to try to aid any possible survivors, but all died at the scene, Osby said.

Villanueva declined to officially confirm the identities of any who were killed on board the helicopter, awaiting official identification from the county coroner's office.

The National Transportation Safety Board is sending a team of 18 investigators and staff members to investigate the cause of the crash. They will look at factors such as operations, human performance, air worthiness, structures and power plants. The FBI is assisting the NTSB with documenting evidence as part of a longstanding partnership between the two agencies, but it remains an NTSB investigation.

Los Angeles County Chief Medical Examiner Dr. Jonathan Lucas said because of the rough terrain in the area, recovery of the bodies could take several days.

Los Angeles County Sheriff Alex Villanueva asked the public to stay away from the area. He said the situation is a "logistical nightmare" because of the rough terrain and fans and well-wishers are crowding the neighborhood. The Federal Aviation Administration has secured a 5-mile flight restriction from the area of the crash.

The fog cleared a bit, and Storm could see smoke rising from the hillside in front of his home.

The 41-year-old Bryant spent his entire professional basketball career with the Los Angeles Lakers and won five championships. Bryant was drafted to the NBA directly out of Lower Merion High School in Ardmore, Penn., a suburb of Philadelphia. He was the 13th choice in the first round of the 1996 NBA Draft.

Clippers Coach Doc Rivers broke down when talking about Bryant.

"The news is just devastating to everybody who knew him," said Rivers, who coached the Boston Celtics against Kobe's Lakers in the 2010 NBA Finals. "And he means a lot to me, obviously. He was such a great opponent. It's what you want in sports. He had that DNA that very few athletes can ever have."

Dozens of people began to gather on an intersection near the site of the crash in Calabasas Sunday afternoon, as well as at the Staples Center in downtown Los Angeles, where Bryant played for years.

Hundreds of fans gather outside the Staples Center, mourning Kobe

Bryant, a.k.a. Black Mamba, was the fourth-highest scorer in NBA history, with 33,643 points, recently removed from third by LeBron James. Bryant retired in 2016, finishing two decades with the Lakers as a prolific scorer with a sublime all-around game and a relentless competitive ethic.

"He will live forever in the heart of Los Angeles, and will be remembered through the ages as one of our greatest heroes." 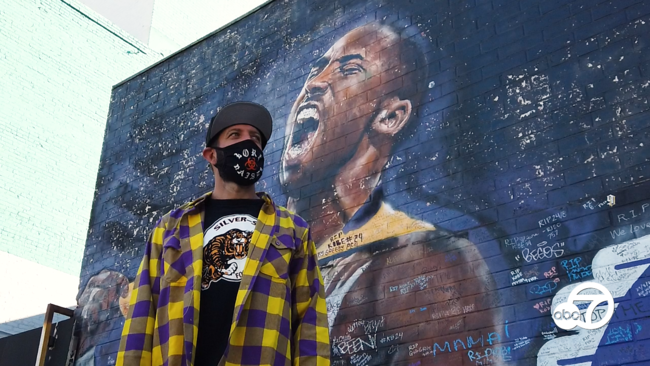 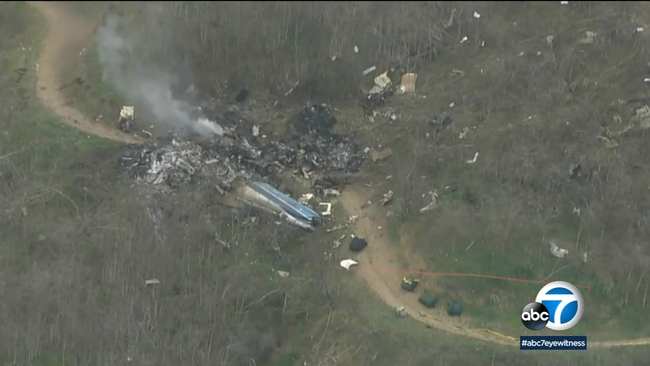