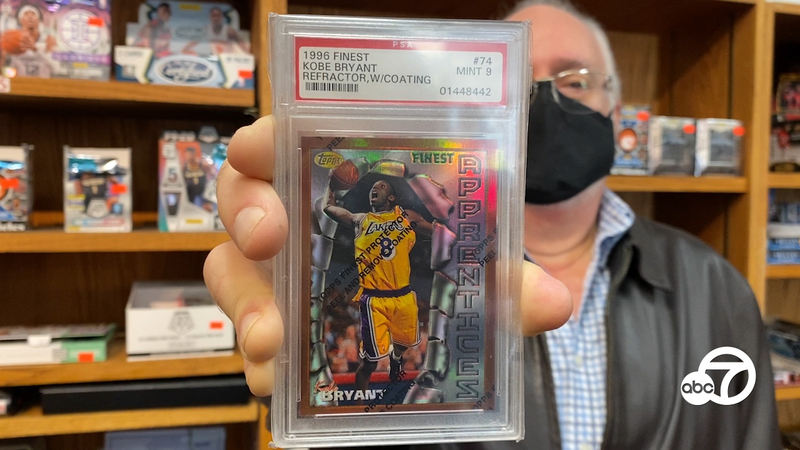 LOMITA, Calif. (KABC) -- After 35 years in business, the owner of South Bay Baseball Cards in Lomita will tell you that it was the loss of Kobe Bryant that had the biggest impact on his career.

"All the years that I've been involved in this business, nothing had that sort of impact," said owner Ian Allen. "Many athletes have passed in the 35 years we've been here, but I think it was the love that people had for Kobe."

The day following the tragic crash, staff said there was a line of people waiting to get inside the store.

"We drove up and there was a huge crowd outside," said employee Mark Furcick. "I knew we weren't selling Rolling Stone tickets or anything like that."

Allen said that within two hours, the store was cleared out of all Kobe Bryant merchandise.

"We had never seen a phenomenon like that," Allen said.

One year later, Allen said that Bryant memorabilia is hard to come by and it comes at a premium.

"The challenge became for us, as professional dealers, to procure and acquire more merchandise, trying not to become victims of having to pay too much and charge more than what we were comfortable with," Allen said.

Allen doesn't anticipate another mad rush for Kobe memorabilia on the anniversary of his passing, but he said the sports legend will live on.

"It'll be a celebration of remembrance, I think from all of us," Allen said. "Kobe will not be forgotten."