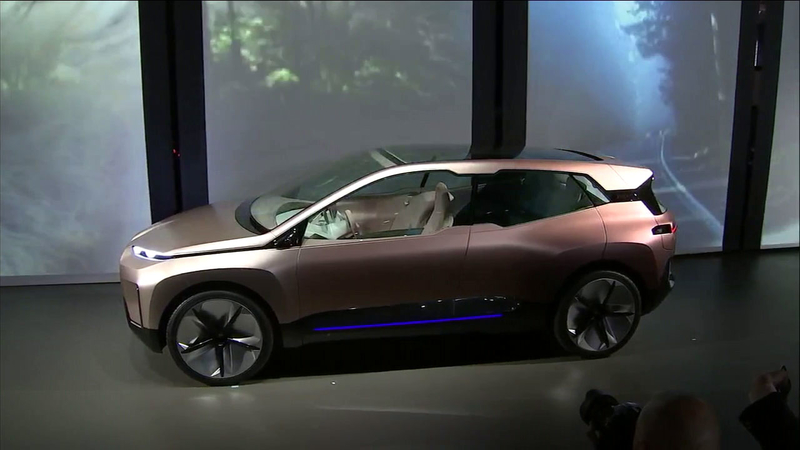 LOS ANGELES (KABC) -- At the Los Angeles auto show, they're saying goodbye to an old favorite from Volkswagen - the Beetle. The 2019 model year will be its last after many years.

But VW is saying hello to something new: an electric delivery van that could lessen the environmental impact of all those home deliveries we all love.

"Every American gets an average of 37 packages a year. And we think there's a smarter way, and this is a shot at it," said Scott Keough, president and CEO of Volkswagen Group of America.

The "Buzz Cargo" is just a concept at this point, but since VW is already planning an electric return of the Bus, this would be easy for them to do as well.

A VW cousin, the Porsche 911, isn't going anywhere. In fact, an all-new version just made its debut in Los Angeles, a perfect place to get some attention.

"You've seen them at the Petersen Museum, you see them on the road. You see how passionate owners are, particularly the U.S., but especially here in California," said Frank Wiesmann, spokesman for Porsche Cars North America.

Porsches sell well here, and SUVs sell well everywhere these days. So many new ones are arriving like crazy.

How about a new Lincoln model called Aviator, which is making its debut at the auto show. It's not the first time they've used the Aviator name, but this new one is different, with hybrid power.

"All-new architecture, and the way we've mated the twin-turbo V6 with a new hybrid powertrain gives us some incredible power that we're really excited about," said Joy Falotico, president of Lincoln Motor Company.

Just down the aisle at Hyundai they rolled out their new larger SUV, the Palisade.

"Today's family comes in many different flavors. And that's why we're growing our own family of SUVs to meet their needs throughout their lives," said Brian Smith, COO of Hyundai Motor America.

Bigger SUVs are coming left and right. BMW's model range used to top out with the X5, now there's a larger X7 as well on display at the show. The X7 has three rows of seats, seats up to seven people, and will be built exclusively at BMW's factory in South Carolina.