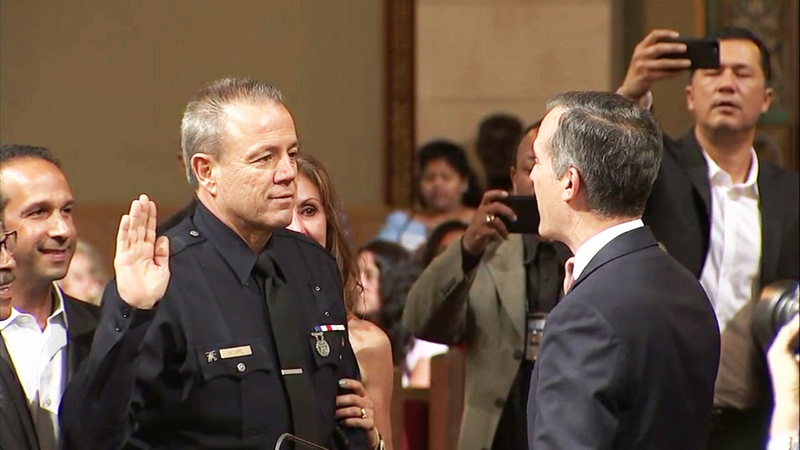 Moore is taking over for Charlie Beck, who officially retired on the same day. He served on the force for 40 years and was chief for nearly nine years.

"How I will make judgements is how I have made judgements my entire career. I have a moral compass. I know the difference between right and wrong. That's not a matter of tenure. That's a matter of principle," he said.

Moore has spent 36 years with the LAPD and was L.A. Mayor Eric Garcetti's choice to lead the department.

Moore took time to thank Beck for his hard work and lasting legacy at the department. He said he wants to build community relations and trust, and increase the diversity within the department to better represent the city.

Being ratified by the @LACityCouncil this morning was not only an honor and privilege, it was a promise on my part— to continue to lead this great organization into an age of collaborative, community-based policing. Thank you to the Council Members for their trust. pic.twitter.com/HnBYl6Z9k4

As Moore was confirmed, Beck was in downtown Los Angeles at a going away event at the police academy.