The goal is to prevent deadly accidents and injuries.
KABC
By Jaysha Patel 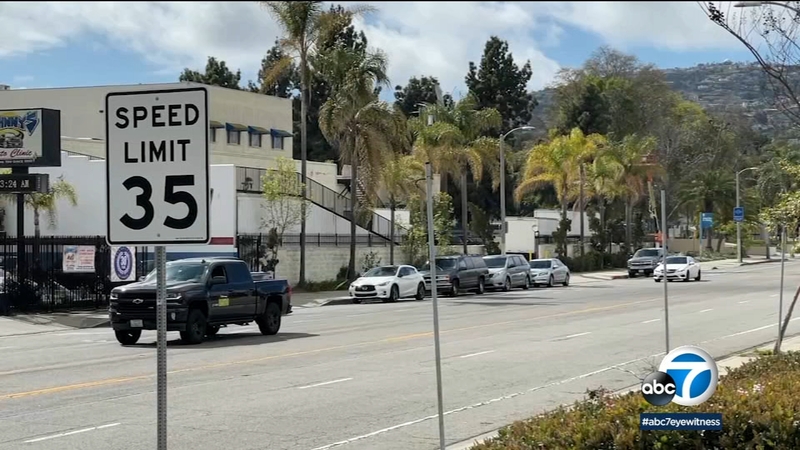 SAN PEDRO, Calif. (KABC) -- Residents in San Pedro are speaking out and say speeding has become a serious problem.

In many other communities, speeding has raised safety concerns regarding accidents and it's been an annoyance for some.

"Late at night, cars will race up and down Capitol Drive and run the stops at night and you can hear them," said Melanie Labrecque, the block captain of her neighborhood watch group in San Pedro.

Some San Pedro community members said they can hear cars do burnouts on the street during the night.

On Tuesday, the Los Angeles City Council unanimously passed an ordinance amending the city's municipal code to change the speed limits by 5 mph on more than 170 miles of city streets.

"We have seen so many vehicular pedestrian incidents and mitigating that really requires us to not continue to increase the speed limits as a result in the pattern of traffic and the flow of traffic," said Councilmember Monica Rodriguez, who represents L.A.'s 7th district.

The goal is to prevent deadly accidents and injuries and to keep people safe. However, some residents believe there could be other solutions to the problem.

"I think reducing the limit would at least deter people maybe from taking that liberty, but I really think it needs to be more like speed bumps or things that actually restrict the ability to speed, said Valdez.

"They need to increase traffic division as far as having more patrols out, especially at night when traffic calms down," said Labrecque.

Now that the plan has been passed, it now must go to the mayor for final approval.