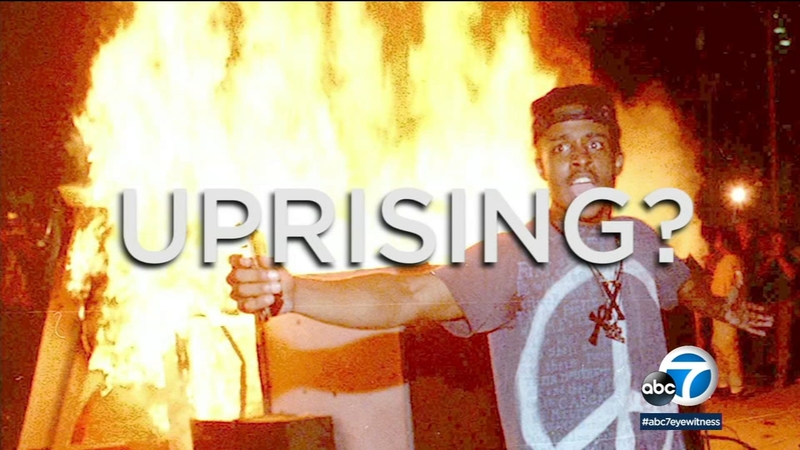 The acquittals lit a fuse that tore the city apart.

For decades, we've referred to the "Five Days That Changed L.A." as the "Los Angeles Riots."

But some argue that "riot" is a loaded term, one that undermines the very real justification for the anger over racial and economic injustice.

The events of April and May of 1992 still cast a dark shadow over Los Angeles. But was it a riot? An uprising? Rebellion? Civil unrest?

Leaders in the Black and Korean American communities will join family members of Rodney King and Latasha Harlins Friday to urge unity among all Angelenos as the city recognizes the 30-year anniversary of the 1992 L.A. riots.

We asked some of the people who were there as part of our look back at the "Five Days That Changed L.A."

"Whether you call it a riot, unrest, civil unrest, it was a human earthquake that shook the world of our people who felt that they weren't being represented well in the public square," said Rev. Mark Whitlock of Reid Temple AME Church.

Whitlock was at the First AME Church that first night, April 29, 1992.

Dr. King made those remarks two years after the Watts Riots of 1965 in a speech called "The Other America."

"A riot is the language of the unheard," King said. "I think America must see that riots do not develop out of thin air. Certain conditions continue to exist in our society which must be condemned as vigorously as we condemn riots."

Pastor Jules Bagneris says the words we use matter and he prefers "rebellion."

Rev. Najuma Smith-Pollard, like many others, prefers the term "civil unrest."

"A riot is the voice of the unheard," Smith-Pollard said. "So even if you want to go and riot, you still have to acknowledge that there have been a mass group of people whose issues have gone unheard by the institutions, by the government. But that's why I choose the word civil unrest."

Civil rights activist Danny Bakewell believes there is a big distinction between "civil unrest" and "riot."

"You know, we don't say riots. We say civil unrest. We say rebellion because, you know, a riot is what kids do at the end of a football game," he said. "The eruption that came over us to try to defend ourselves, that was right in our community and we have to work very, very diligently to not have that happen again, but we also have a responsibility to understand it, so it won't happen again."

"I don't condone rioting, but I understand it," she said. "We've been saying, 'Hey, look at me, I matter. Hey, OK, let me say it this way. I'm gonna say it a little louder, so you can hear me,' that's just a cry out for help to see that we do matter. We're here."