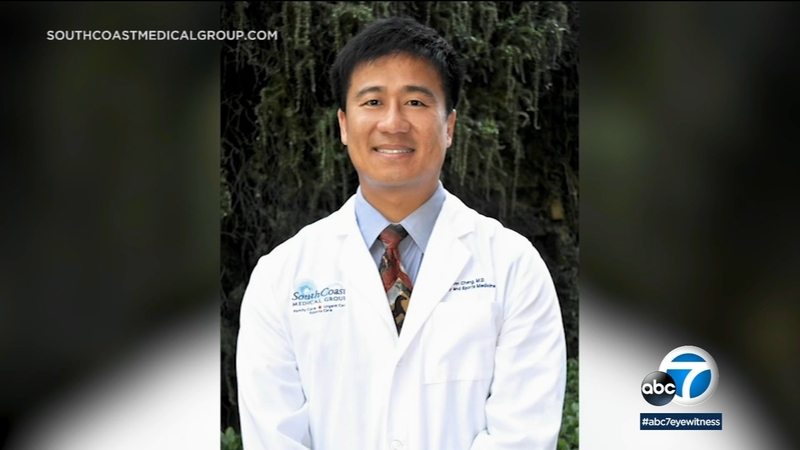 SANTA ANA, Calif. (CNS) -- Reps. Katie Porter, D-Irvine, and Michelle Steel, R-Huntington Beach, announced they have teamed up to sponsor legislation to honor Dr. John Cheng, who was killed stopping a shooting suspect in a Laguna Woods church, with a Congressional Gold Medal.

"Dr. John Cheng was a hero who represents the very best of Orange County," Steel said Wednesday. "With his bravery, he saved dozens of other lives and prevented an even bigger tragedy from occurring. I'm proud to support this effort to award him with a Congressional Gold Medal so that his courage will never be forgotten."

"Without the actions of Dr. Cheng, it is no doubt that there would be numerous additional victims in this crime," officials said.

Cheng, who lived in Laguna Niguel, rushed the gunman and was shot while tackling him May 15 inside the Geneva Presbyterian Church, authorities said. That gave other parishioners time to subdue the assailant and hold him for sheriff's deputies.

David Wenwei Chou, 68, of Las Vegas, is awaiting trial on charges of special circumstances murder while lying in wait, five counts of attempted murder, four counts of possession of an explosive device and faces sentencing enhancements for the personal use of a firearm and a hate crime.

Authorities said Chou carried out the shooting due to a long-standing grievance against the Taiwanese community over tensions with China.