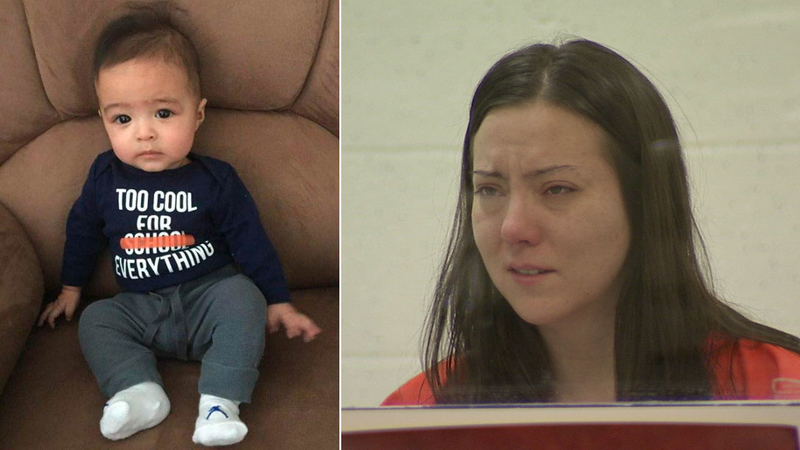 LANCASTER, Calif. (KABC) -- A babysitter accused of killing a 5-month-old baby boy at a Lancaster home last month made her first appearance in court Friday morning.

Ingrassi was the long-time friend of Aiden's father, according to the Los Angeles County Sheriff's Department.

Investigators say Aiden's parents had gone to work and left him with Ingrassi who had been working as their babysitter for about eight weeks.

"There are scratches on the baby that could be consistent with that of a dog attack," defense attorney Nancy Mazza said.

In court, Mazza claimed that the family dog attacked the child during the moments when Ingrassi went to the restroom.

"There was a sudden random dog attack, where this dog viciously pounced on the baby, on Aiden from the couch, landed on the baby, which can cause blunt force trauma and then started moving the baby violently around, holding on to it," she said. "Brittany Ingrassi, in fact, has dog bites. She has a dog bite on her hand."

The prosecution, however, disagrees.

"I'm not going to comment on the evidence in the case, but there are photographs of the baby, of the baby's injuries, and there is no evidence consistent with their theory," district attorney Keri Knittel said.

Ingrassi's family and friends attended Friday morning's court hearing and provided photos of Ingrassi. They say she would not harm anyone, especially a child.

"It's been a total nightmare. It's real emotional that they even can accuse her of something that she's incapable of doing," Ingrassi's father, Joe, said.