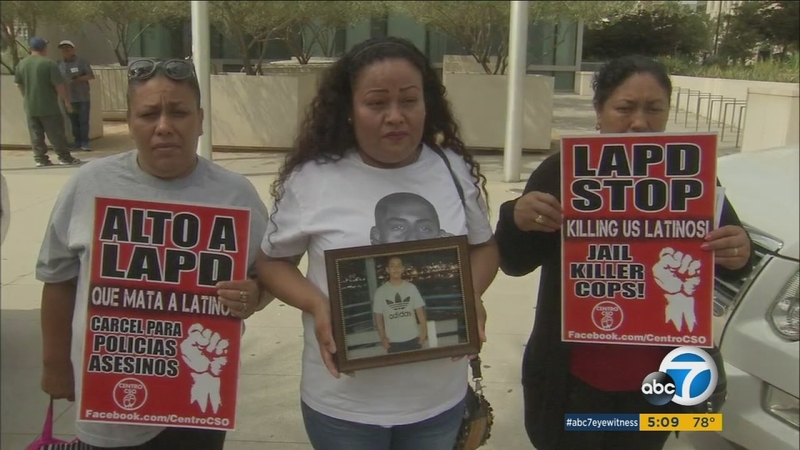 LOS ANGELES (KABC) -- The Los Angeles Police Commission on Tuesday announced its finding that the fatal officer-involved shootings of two teenagers in 2016 were justified.

The August shootings of 14-year-old Jesse Romero and 18-year-old Kenney Watkins, which occurred one week apart, sparked protests and calls for LAPD Chief Charlie Beck to be fired.

"You are continuing to allow the murdering of our children," Black Lives Matter protester Melina Abdullah said at the commission meeting, held at Los Angeles Police Department headquarters in downtown. "Do you not see this? Do you not see that Jesse Romero is 14 years old?"

Romero's mother brought a framed photo of her son to the meeting. She and others who addressed the commission said the boy did not deserve to die.

"Sure, let's say he was tagging - gang graffiti - whatever," one woman said during the public comment period. "Then you kill him?"

The LAPD said the 14-year-old was armed with a revolver that was recovered at the scene. According to witnesses, the boy had fired the gun toward officers. Activists, however, believe the full story was never fully investigated.

Nia-Amina Minor, a Black Lives Matter activist, told the panel: "This is you protecting officers and not the victims." She said Beck should resign or be fired.

"This is not personal, this is what it is," Minor said. "People are dying. These are the facts."