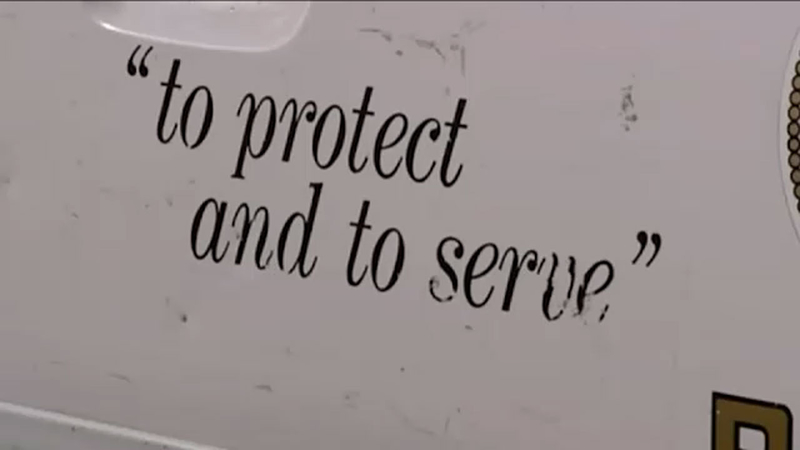 The officers -- who were assigned at the time to the LAPD's Metropolitan Division -- allegedly falsified field interview cards and misidentified dozens of people who were stopped by the officers as gang members. Prosecutors allege some of the false information contained in the cards was used to wrongfully enter people into a state gang database.

The charges against the three men stemmed from a "misconduct investigation'' conducted by the LAPD's Internal Affairs Group and monitored by the Office of the Inspector General. LAPD Chief Michel Moore subsequently withdrew from the CalGang database program and California Attorney General Xavier Becerra revoked access by any agency to CalGang records generated by the LAPD.

Now it appears the ripples from the alleged misconduct could upend criminal cases against as many as 750 defendants, according to reporting by the Los Angeles Times and confirmed by the D.A.'s Office.

Braxton Shaw, 37, Michael Coblentz, 43, and Nicolas Martinez, 36, were charged earlier this month with one count each of conspiracy to obstruct justice and multiple counts of filing a false police report and preparing false documentary evidence.

District Attorney Jackie Lacey said when the charges were announced that she had asked prosecutors to corroborate any information derived from field interview cards with other available evidence, including video from body-worn cameras, in an effort to ensure the accuracy of the information.

Gang allegations allow prosecutors to seek harsher sentences against defendants, if juries find the allegations to be true. But the basis for the criminal charges themselves could be at stake in cases involving arrests by Shaw, Coblentz and Martinez, whose testimony and reports would likely hold little credence at trial.

Past convictions might also be overturned if defense attorneys can argue that testimony by any of the three officers was prejudicial. That could include plea deals, as prosecutors can use gang allegations as leverage in negotiating pleas.

Lacey said her office has sent letters to more than 750 defendants whose cases involved one or more of the charged officers. Prosecutors are taking a proactive stance on pending cases, prioritizing defendants who are jailed, and counting on defense attorneys to reach out if they want settled cases to be reopened, according to the D.A.

Both Lacey and Moore expressed confidence that many cases are based on more than just the officers' word.

"It may be that the officers, although listed as a subpoenaed witness, may not have witnessed anything, may not be a key player, or there may be other witnesses who corroborated that a crime occurred,'' Lacey told the newspaper.

A Times review of prosecutors' records found felony cases, including homicides, handled by the three men dating back to 2002.

The LAPD has stated there are 21 other officers under investigation over the completion of field interview cards, which are used by officers to interview people while they are on duty, raising the specter that decisions in thousands of criminal cases could be at stake.

Shaw, Coblentz and Martinez were each released on their own recognizance shortly after their July 10 arrests by the LAPD's Internal Affairs Division. They are set to be arraigned Oct. 13 at the downtown Los Angeles courthouse.

In a statement posted on Twitter shortly after the arrests, Moore said, "Public trust is the bedrock of community policing and these allegations shake that foundation. The actions of these few tarnish the badge we all wear.

The department is committed to continuing this comprehensive investigation in our effort to restore the confidence of the people we protect and serve.''

The LAPD noted that one of the defendants -- which of the three was not specified -- was "relieved from duty'' in January when Moore concluded that the officer's actions were "a serious violation of department policy.''

That officer has been "directed to an administrative tribunal for the purpose of removal,'' according to the LAPD, which said the other two officers have been assigned to home duty.

Shaw -- who could face up to 31 years and eight months in county jail if convicted as charged -- is charged with 43 counts of preparing false documentary evidence involving the field interview cards, along with eight counts of filing a false report and one count of conspiracy.

Coblentz allegedly falsified seven field interview cards. He is charged with seven counts of preparing false documentary evidence, five counts of filing a false report and one count of conspiracy, and could face up to seven years and eight months behind bars if found guilty.

Martinez -- who allegedly falsified two field interview cards -- is charged with two counts each of preparing false documentary evidence and filing a false report and one count of conspiracy, and could face a maximum of four years and four months in jail, according to the District Attorney's Office.