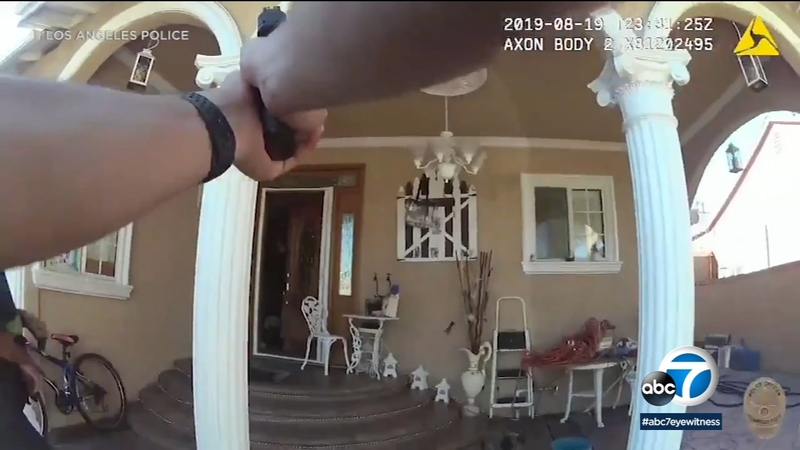 LAPD said officers were responding to a "family dispute" call and encountered the suspect, identified as Carlos Torres Jr., on the front porch.

While talking with the suspect, he apparently pulled out a gun from his waistband and pointed it at officers and fired, police said.

Torres retreated back into the house and multiple gunshots can be heard.

A few minutes later, Torres was seen running through a neighborhood yard and onto Ottoman Street. Officers again fired as they were chasing him.

As Torres ran into an alley, he allegedly pointed his gun at responding officers, who fired back at the suspect and fatally wounded him.

Police said a .22 caliber handgun was recovered at the scene.