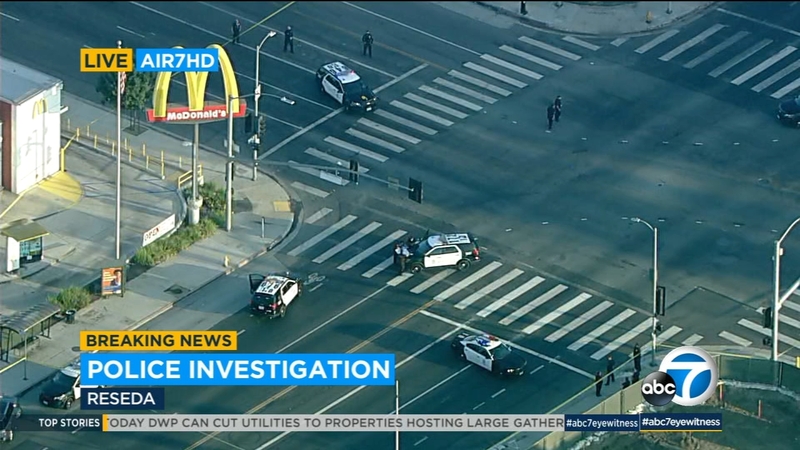 LAPD responds to report of man with knife at Reseda intersection

RESEDA, LOS ANGELES (KABC) -- Los Angeles police shot and wounded a man at a Reseda intersection on Friday morning after officers responded to a radio call of a man with a knife, authorities said.

The incident occurred about 6:15 a.m. at the intersection of Reseda and Victory boulevards, according to the LAPD.

The shooting took place after the officers saw the unidentified man holding "a large kitchen knife," police said. He was struck by gunfire and transported to a hospital in unknown condition, authorities said.

An investigation by the LAPD's Force Investigation Division is underway, the agency said.