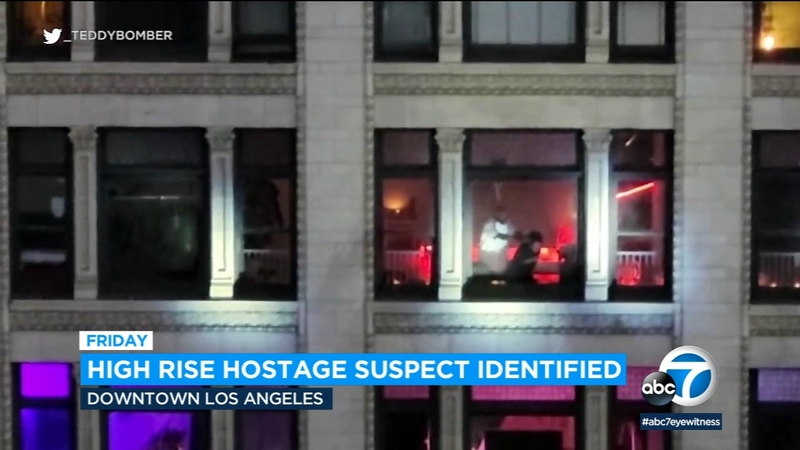 Gunman who was killed by SWAT after taking hostage is identified

LOS ANGELES (KABC) -- We now know the name of the man killed by police during a hostage rescue in a downtown Los Angeles high-rise.

The coroner identifies the man as 45-year-old Rudy Anderson. He reportedly went on a violent crime spree shortly before taking a woman hostage.

Through security footage officers saw Anderson in a hallway of the Santa Fe Loft Apartments, pulling a woman into an apartment unit.

Intense video shows the moment officers stormed into a high-rise building in downtown Los Angeles before they fatally shot a suspect who was holding a hostage inside.

Video shows him hold a gun to her head.

Police say he had shot at other people in the area before entering the apartment building.