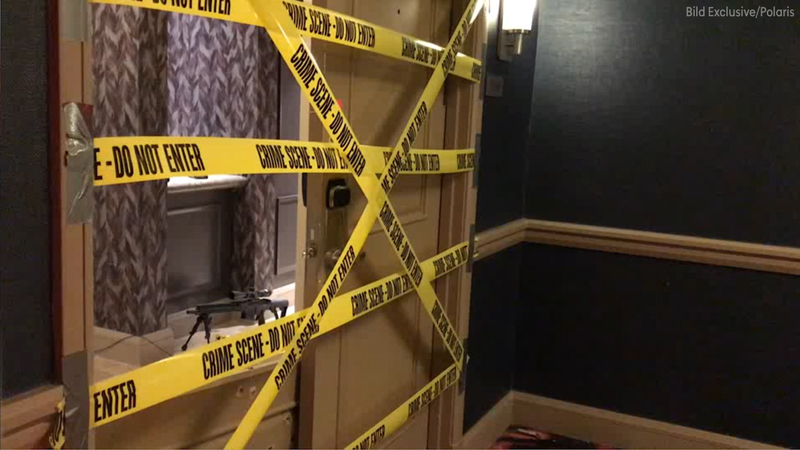 In the video, an assault rifle resting on a bipod is seen on the floor, which is criss-crossed by yellow crime-scene tape. Authorities said Paddock killed 59 people and injured another 527 early Monday in the deadliest mass shooting in modern U.S. history.

These images show weapons obtained from Stephen Paddock's room at the Mandalay Bay Resort and Casino following the mass shooting in Las Vegas on Sunday, Oct. 1, 2017.

More than a year before Stephen Paddock is believed to have fired into a crowd and killed dozens of people from a Mandalay Bay hotel room, a North Carolina man says he took video of that exact room.

Video taken in January 2016 shows the room on the 32nd floor of Mandalay Bay, where suspected shooter Stephen Paddock is believed to have killed dozens of people.

Charlotte man Jeff Bridges told ABC that he stayed in the room in January of 2016 on a 3-day vacation with his wife.