Las Vegas massacre: SoCal woman who was shot in the head continues to recover 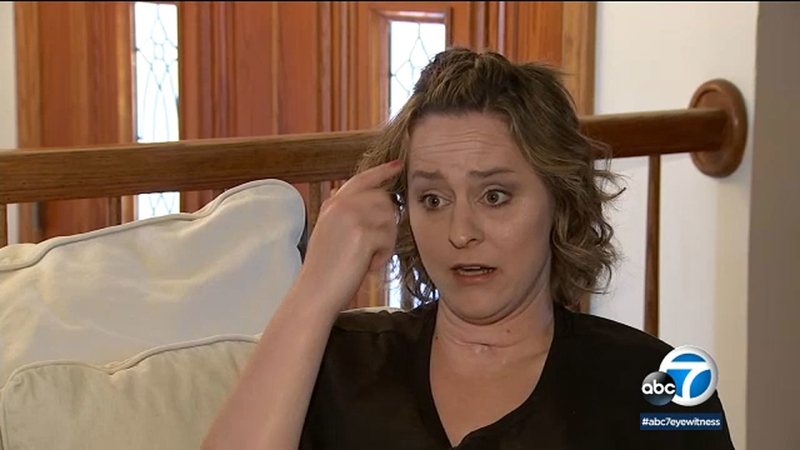 FOUNTAIN VALLEY, Calif. (KABC) -- It's been 18 months since Kristina Staples was released from the hospital and the change is remarkable.

She is getting better every day.

Kristina was at the Route 91 Harvest Festival in Las Vegas on Oct. 1, 2017 when a gunman opened fire from an upper floor of the Mandalay Bay hotel, killing 58 people and wounding hundreds.

She can talk about it now.

She was in critical condition for weeks, had several surgeries, and needed a prosthetic skull. She has been going through therapy and still has trouble with basic skills.

"Reading and writing. It takes too much time to write," says Kristina.

Her husband Danny is still amazed.

"Who takes a head shot and lives, first of all? And then to make the progress she has made is mind-blowing," says Danny.

Their daughter Harper is now three years old. It's been tough, as mom and daughter are building a relationship while the entire family heals.

"Kris is younger in years now because she took a hit right there and so I think some of the maternal instinct kind of eludes her sometimes but compared to what it was it's night and day," says Danny.

On Thursday, MGM Resorts announced it had agreed to a multimillion-dollar settlement of a lawsuit filed by victims. The Staples are part of that lawsuit and say it's a very difficult issue.

"I don't want to give the impression that we want to sue, but we have medical bills for life here," says Danny.

Danny says doctors told him his wife would eventually stop improving but he hasn't seen that yet. He says traveling with his wife is making her stronger.