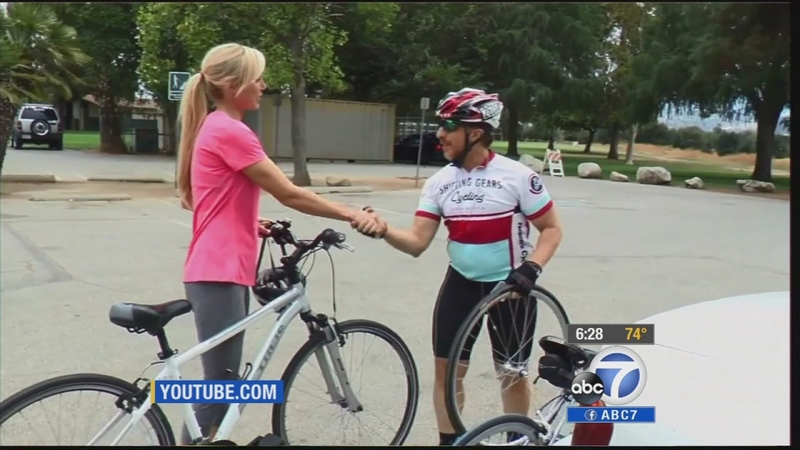 SANTA PAULA, Calif. (KABC) -- A reserve police officer in Santa Paula who resigned over a controversial video she posted on YouTube now has another video.

"There's a lot of motorists out there, myself included, that are so ignorant to the real issue out there," said Laura Weintraub, a former reserve Santa Paula police officer. "There is a huge, huge war between cyclists and motorists."

Weintraub learned about the dangerous battle after igniting a firestorm of backlash -- even death threats -- with a controversial video blog she posted online.

"I hate bicyclists. Every single one of them," she said in the video.

In the video she joked about running down cyclists. Weintraub says like many of her other online videos, it was meant as a satire.

The video went viral. Weintraub was put on leave and ultimately resigned her post with the Santa Paula Police Department. She says it ended up being a life-changing lesson, one she has now posted online.

On her blog, she meets with several cycling experts and hits the road to see what it's like to be on the other side.

Heavy traffic and close calls gave her an eye-opening experience, one she wants to share.

Weintruab says she misses being a volunteer officer and doesn't know what the future holds for being on the force, but does know sharing the road isn't a laughing matter.