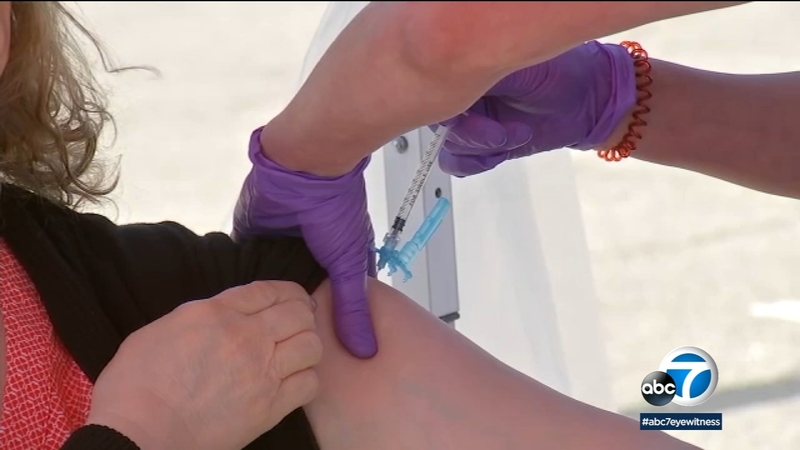 LOS ANGELES (KABC) -- The timing for in-person classes returning to Los Angeles Unified School District remains up in the air.

District Superintendent Austin Beutner has set April 9 as the expected reopening for preschool and elementary schools. But the United Teachers Los Angeles union says they will be ready to return to classrooms only when the county moves out of the state's most-restrictive purple tier.

"If you condition funding on the reopening of schools, that money will only go to white and wealthier schools that do not have the transmission rates that low-income Black and brown communities do," said UTLA President Cecily Myart-Cruz.

When that shift in tiers might happen remains undetermined. But Los Angeles Mayor Eric Garcetti said last week if current trends continue, the county could leave the purple tier within two weeks.

Seven California counties - none of them in Southern California - moved out of the purple tier on Tuesday.

One of the counties that moved to the red tier on Tuesday was Santa Clara. Gov. Gavin Newsom appeared in that area Tuesday for an announcement that all grades there will be back to in-person classes by next Tuesday.

Newsom said the state is doing everything it can to help Los Angeles schools reopen, including setting aside 25,000 vaccine doses for LAUSD staff.

"We think that will make a meaningful impact in terms of getting back safely into in-person instruction," Newsom said.

The governor said the move toward in-person learning can be linked to two key factors. California is seeing a downward trend in new COVID-19 infections, and a surge in vaccinations.