About 300 passengers evacuated from the terminal onto the airfield.
KABC
By Alex Cheney 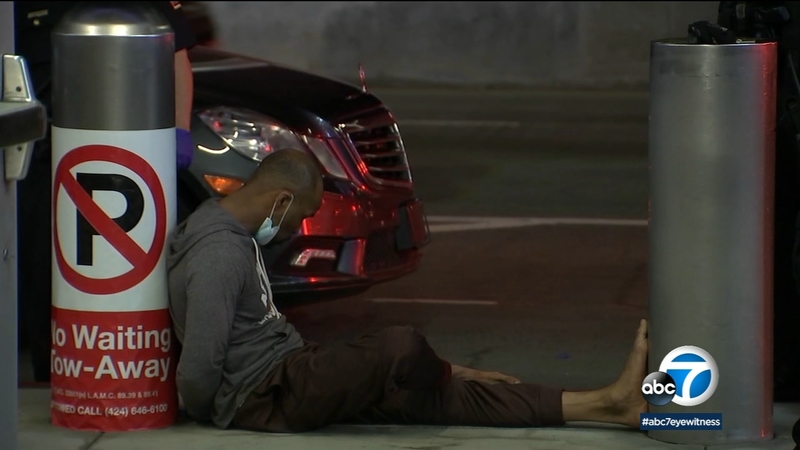 2 people detained at LAX after reports of person with firearm

LOS ANGELES (KABC) -- Two people were detained at Los Angeles International Airport after police responded to reports of a person with a firearm Thursday night, prompting hundreds of travelers to evacuate out of the terminal.

According to LAX, the report was made at around 7:30 p.m. about a person with a firearm in Terminal 1.

Police rushed to the scene and detained two people. The airport said no shots were fired and no weapons were recovered.

One suspect detained by police was seen sitting on the curb in front of the terminal. He was not wearing shoes and his belongings were laid on the street.

About 300 passengers evacuated from the terminal onto the airfield. The FAA issued a full ground stop.

LAX said as they were getting out, two people sustained minor to moderate injuries and were treated by the Los Angeles Fire Department.

A third person was sent to the hospital. Video captured by AIR7 HD showed the passengers lined up along a wall near the taxiway.

Around 8:53 p.m., the south side of the airfield opened to flights and the airport announced all runways were opened shortly after 9:12 p.m.

Once the situation was resolved, the passengers who fled onto the tarmac were picked up by a bus to be taken back to the terminal.

One passenger spoke with ABC7 shortly after the incident and claims the pilot said someone believed they saw a gun and yelled, "Gun!"

A pilot alerted air traffic control about the incident after witnessing people flee from the terminal.

"We believe there is an active shooter in the terminal. This is not a joke," the pilot is heard saying in audio from the call.

"When other people were running, I started running too because my birthday is tomorrow - I'm not trying to die," said traveler Chantel Mohn.

Passengers were asked to check their flight status and to watch for police activity.