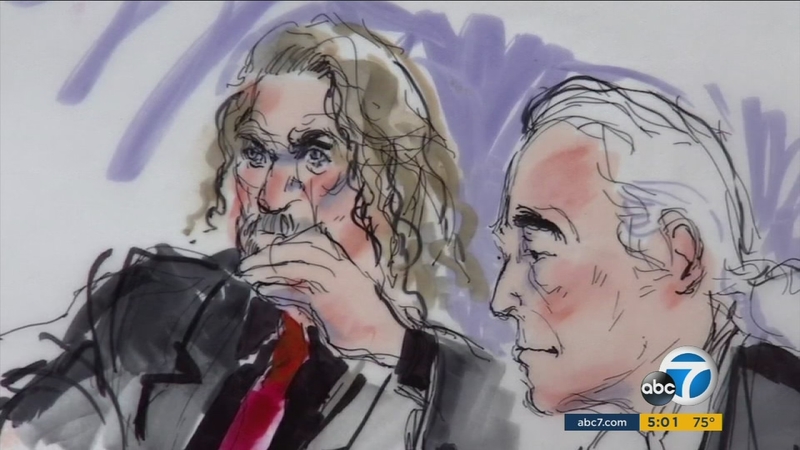 LOS ANGELES (KABC) -- A federal jury in Los Angeles has found the band Led Zeppelin did not steal the opening to its classic anthem "Stairway to Heaven."

The eight-person jury reached its verdict Thursday morning, saying there was not enough evidence to support claims by the estate of the late Spirit songwriter/guitarist Randy Wolfe, known as Randy California, that the guitar
intro was lifted from Spirit's obscure instrumental "Taurus."

The decision is a major victory for Led Zeppelin and settles a point that music fans have debated for decades but didn't find its way to court until two years ago.

"We are grateful for the jury's conscientious service and pleased that it has ruled in our favor, putting to rest questions about the origins of 'Stairway to Heaven' and confirming what we have known for 45 years. We appreciate our fans' support, and look forward to putting this legal matter behind us," Led Zeppelin guitarist Jimmy Page and singer Robert Plant said in a statement.

The lawsuit claimed Led Zeppelin had a history of ripping off works by other songwriters and had settled at least six other copyright cases.

The case drew crowds to the courthouse, with people lining up early in the morning hoping for a prized seat inside.

Page, Plant and bassist John Paul Jones all testified in the case, providing anecdotes about the 1971 creation of "Stairway to Heaven."

Experts who testified for the trust said the two songs bear striking similarities, while defense experts said they shared a common musical building block that is in the public domain and thus not legally protectable.

During closing arguments, the attorney for Wolfe's estate told the jury this case was about giving credit where credit is due -- and that Led Zeppelin had reasonable access to Spirit and its song.

Jurors began deliberating Wednesday afternoon but went home without reaching a verdict. They returned Thursday morning and asked to review the video showing a plaintiff's musicologist playing the roughly 2-minute guitar intro to "Stairway" and the Spirit song "Taurus." While watching the video, some jurors closed their eyes and looked down, appearing to focus intently on the music.

Shortly afterward, the panel announced it had a verdict and cleared Page and Plant of any wrongdoing.

Warmer Music Group said in a statement, "At Warner Music Group, supporting our artists and protecting their creative freedom is paramount. We are pleased that the jury found in favor of Led Zeppelin, re-affirming the true origins of 'Stairway to Heaven'. Led Zeppelin is one of the greatest bands in history, and Jimmy Page and Robert Plant are peerless songwriters who created many of rock's most influential and enduring songs."