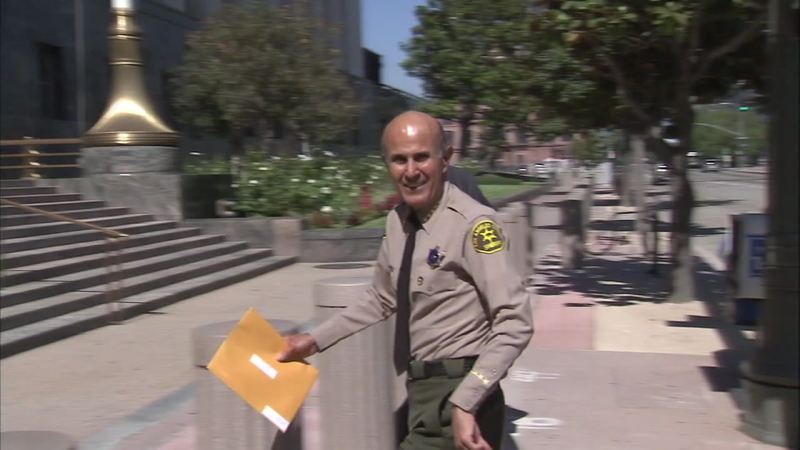 LOS ANGELES (KABC) -- The defense for Lee Baca says the former L.A. County sheriff should be re-tried or his conviction for obstruction overturned because of errors allegedly made by the trial judge.

A federal appeals court Tuesday heard arguments regarding two trials of Baca. The first ended in a mistrial as jurors voted 11-1 to acquit the veteran lawman.

The second trial with a different set of witnesses and rulings concluded with a guilty verdict for obstructing an FBI investigation into the jail system.

"Troubling...it's that a sheriff who has a subjective belief that other branches of government are breaking the law has the right to otherwise violate the law," Hurwitz said.

"No, he doesn't have the right. He's only violating the law if he does it corruptly. He has to have corrupt intent," responded Baca lawyer Ben Coleman.

Many questions focused on what the trial judge Percy Anderson did not allow the jury to hear. He barred any mention of Baca's Alzheimer's diagnosis.

It had been a key Baca defense. Under questioning by the FBI in 2013, he denied knowing that deputies obstructed a 2011 FBI investigation. Evidence later showed that Baca was informed about the obstruction. The court did not allow Baca a chance to respond.

"That jury convicts without any explanation, without allowing Mr. Baca to present his defense as to why those statements may have been false. That he has Alzheimers and the couldn't remember every single little detail from two years earlier," Coleman told the panel.

The federal prosecutor argued that the defense's Alzheimer's expert could only present ambiguous conclusions.

"He cannot say whether this defendant had any symptoms or not. All he can say is it was possible he may or may not have had symptoms."

The panel will announce its ruling at a later date.