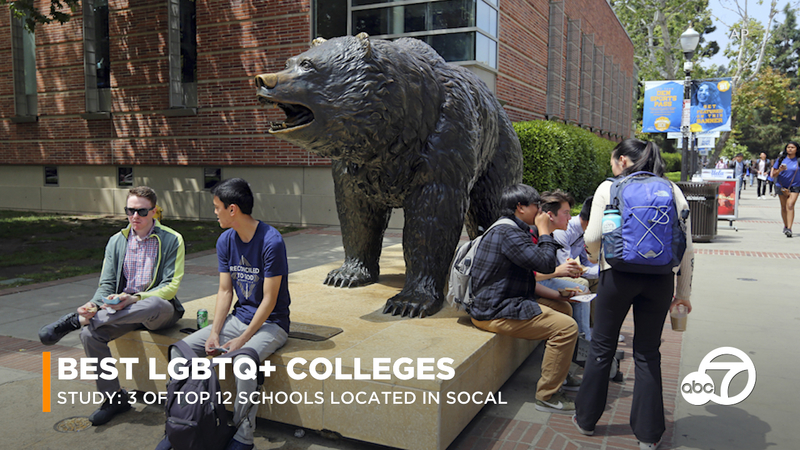 A new study says three of the top 12 colleges for LGBTQ+ students are right here in Southern California.

They include Harvey Mudd College in Claremont, UCLA and San Diego State.

The rankings come from Best Colleges and factors in how friendly the campuses are to LGBTQ+ students and campus resources.

WalletHub has released its rankings of the most fun states in America.

They compared the 50 states using indicators of a good time that won't break the bank, and California comes in at No. 1.

California is followed by Florida, New York, Washington and Colorado.

The rankings were determined based off of entertainment, nightlife and recreation.

A new "Frozen 2" trailer has arrived! And we get to see Elsa's powers as we've never seen them before.

The sisters and their supporting cast travel outside of their kingdom when it is once again threatened.

The trailer also says while many feared Elsa's powers were too much for the world, now they must hope they're enough.