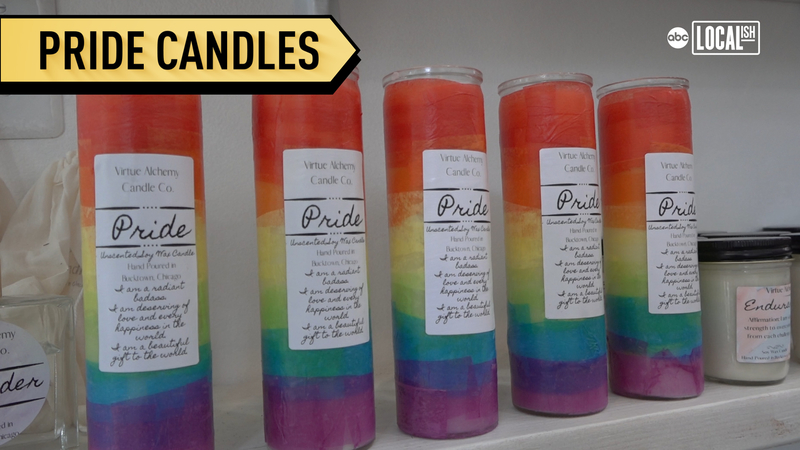 CHICAGO, Il -- Chicago candle company Virtue Alchemy Candle Co. is celebrating the LGBTQ+ community with their Pride candles! A positive affirmation can be found on each candle.

Virtue Alchemy Candle Co. started off in July of last year after owner Anna Romo was let go of her job as a massage therapist due to the pandemic. Romo began with a candle making kit which led her to open her company. Romo decided to include words of affirmations to her candles to add positivity to her customers' day.

"The intention is that someone would light this candle read the affirmation as often as they need to so they instill it until they believe it," said Romo.