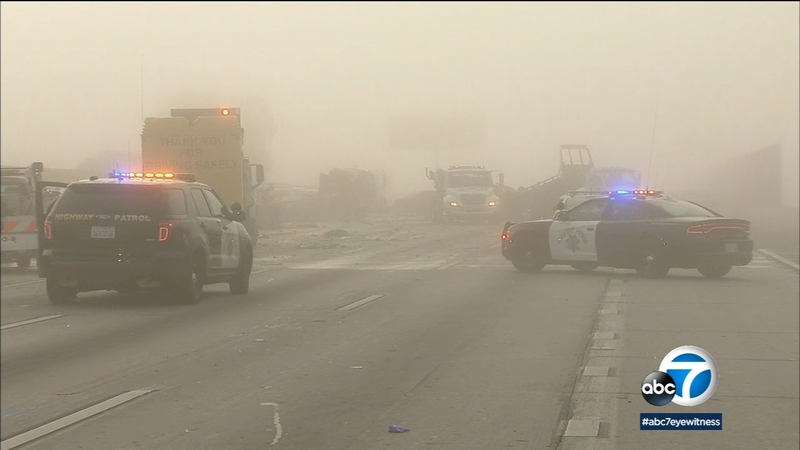 2 killed in wrong-way crash amid fog on 405 Freeway

The collision, which was reported about 3:45 a.m. on the southbound side of the freeway near Palo Verde Avenue, resulted in a separate pileup involving multiple vehicles, according to the California Highway Patrol. The number and extent of injuries in the second crash were unknown.

A 911 caller initially reported a Nissan Altima traveling northbound in southbound lanes, the CHP said. The Nissan, driven by a 23-year-old woman, struck a Toyota driven by a 32-year-old man, investigators said.

Both individuals died at the scene, where visibility was less than 20 feet due to heavy fog, a Highway Patrol spokesperson said, adding that speed was also a factor in the crash.

An 18-year-old passenger was killed when a DUI suspect drove into oncoming traffic on the 105 Freeway in Lynwood and slammed into another vehicle, authorities said.

The names of the deceased were not immediately disclosed.

Whether DUI was involved was under investigation, the CHP said.