Did you feel it? Mysterious SoCal shaking not an earthquake, expert says 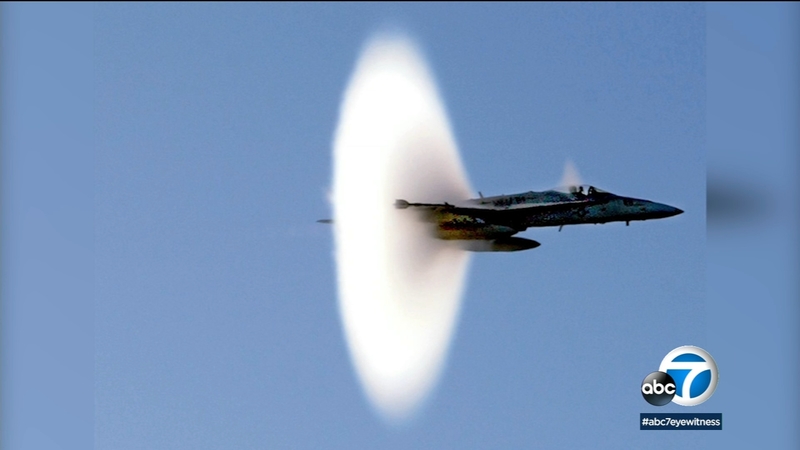 Mysterious shaking in OC/Long Beach not an earthquake, expert says

LONG BEACH, Calif. (KABC) -- A mysterious shaking that was reported by residents in the Long Beach-Orange County area Monday morning was likely a sonic boom and not an earthquake, according to experts.

Residents of the Long Beach and Orange County areas reported feeling a shaking around 8:20 a.m. Monday. Laguna Beach officials confirmed they were aware of "an unconfirmed seismic-like event in the area" at that time.

A Caltech seismologist tells Eyewitness News that the USGS also received "Did You Feel It?" reports from residents in the area. But their analysis concludes the shaking was likely a sonic boom from a plane flyover.

"Based on our analysis of the waveforms for the Caltech sensors, it appears to be a sonic boom, likely due to a plane flyover," said Caltech seismologist Jennifer Andrews."We definitely see no earthquake activity in our data."

A jolt that was felt across the Southland Friday morning is being attributed to a sonic boom, earthquake expert Dr. Lucy Jones tells Eyewitness News.

NASA describes a sonic boom as "the thunder-like noise a person on the ground hears when an aircraft or other type of aerospace vehicle flies overhead faster than the speed of sound or supersonic."

The source of Monday's boom has not been identified, but such events are typically associated with powerful military aircraft.