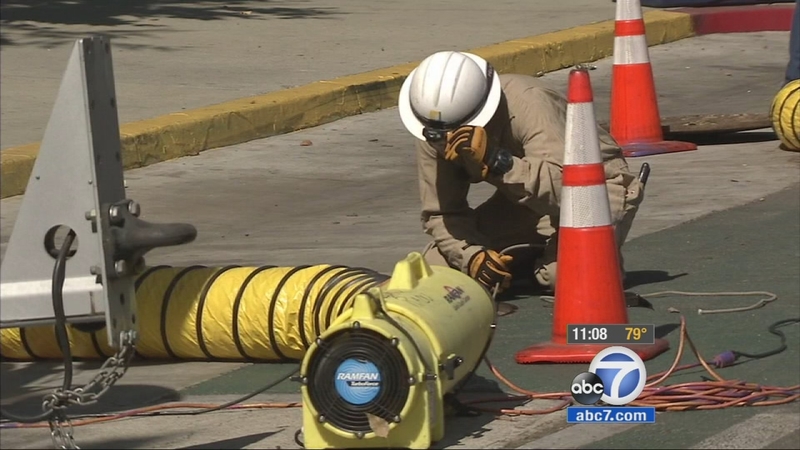 The fire was reported near 3rd Street and Chestnut Avenue at about 3 p.m. Wednesday and was quickly knocked down. Two additional electrical vaults subsequently caught fire near Pacific Avenue and 9th Street and Pine Avenue and Nardo Way.

Initially, 4,800 people were without power following the fire on Wednesday.

As of 5 a.m. Thursday, approximately 2,600 Southern California Edison customers from 10th Street to the ocean and from Magnolia Avenue to Alamitos Avenue remained in the dark. However, SCE raised that figure to 3,194 customers by 11 a.m.

UPDATE: As of 11 am, 3,194 #LongBeach customers continue to be impacted. Crews are continuing to minimize the outage impact.

Crews continued their work through the day but said area residents and businesses should expect to get intermittent outages as they check the affected lines.

Crews worked to restore power after a fire broke out in an underground electrical vault in downtown Long Beach on Wednesday, July 15, 2015.

There was no estimated time frame for restoration of services. Smoke in an underground electrical vault was making it difficult for crews to restore power, officials said.

Police are warning residents in downtown Long Beach to drive carefully. Public Works provided power to the most crucial intersections, but many were still off during the morning rush.