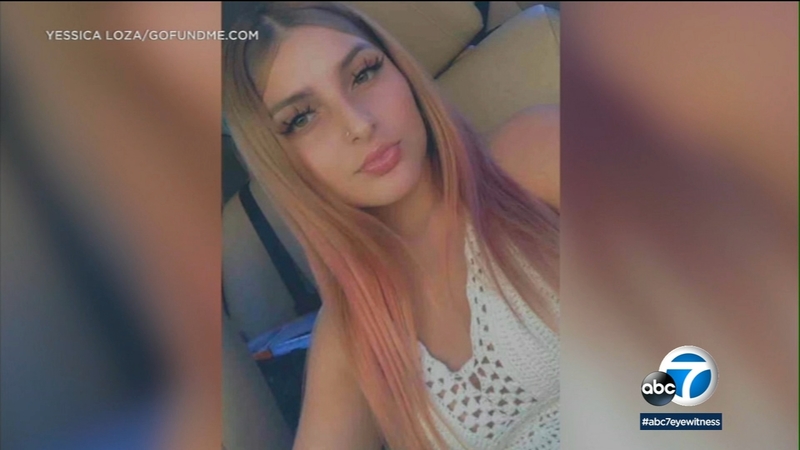 LONG BEACH, Calif. (KABC) -- The family of Mona Rodriguez, the 18-year-old woman shot by a school safety officer in Long Beach, is pleading for the hospital to keep their loved one on life support.

Relatives showed up for a vigil outside Long Beach Memorial Medical Center Wednesday night and were devastated after they were told that Rodriguez is brain dead and the hospital plans to disconnect her from life support.

"They're trying to take my sister away," said Oscar Rodriguez, Mona's brother. "At first they had told me that I would be able to make the decision, and now they're taking that from me.

"And honestly, I don't feel that's right because if a government official is the one that shot my sister then the government should not be the one that's deciding whether they should pull the plug or not. It doesn't make sense to me."

The boyfriend of an 18-year-old woman who was shot by a school safety officer in Long Beach spoke out after the shooting left his girlfriend brain dead.

Rodriguez's heartbroken mother is pleading for the hospital to keep her daughter on life support and is demanding justice.

Rodriguez, the mother of a 5-month-old son, was shot by a school safety officer near Millikan High School Monday afternoon in an incident captured on video by witnesses.

Long Beach police said the school safety officer saw an altercation in the street involving the 18-year-old and another teenage girl.

A bystander's cellphone video shows that officer firing his gun when a silver sedan, in which Rodriguez was a passenger, sped off. The footage is part of a police investigation.

Rodriguez's boyfriend, Rafeul Chowdhury, and his brother said they were in the fleeing car. They said the officer never told them to stop, and fired two shots into the vehicle.

Rodriguez was shot in the head.

"I don't think my girlfriend deserved this. It was all for no reason," Chowdhury said Wednesday afternoon.

Rodriguez's family members and their attorneys said they want justice.

"She did not deserve to get shot. She might have been doing something she wasn't supposed to, but she was unarmed," Rodriguez's cousin Alex Cervantes said at the vigil. "She was already fleeing."

The family hopes criminal charges are brought against the officer.

"This officer should be in jail right now. The mother is suffering," Carrillo said. "Every family member and friend is suffering."