Mona Rodriguez is brain dead and will be taken off life support within the next 24 to 72 hours, according to family members.
KABC 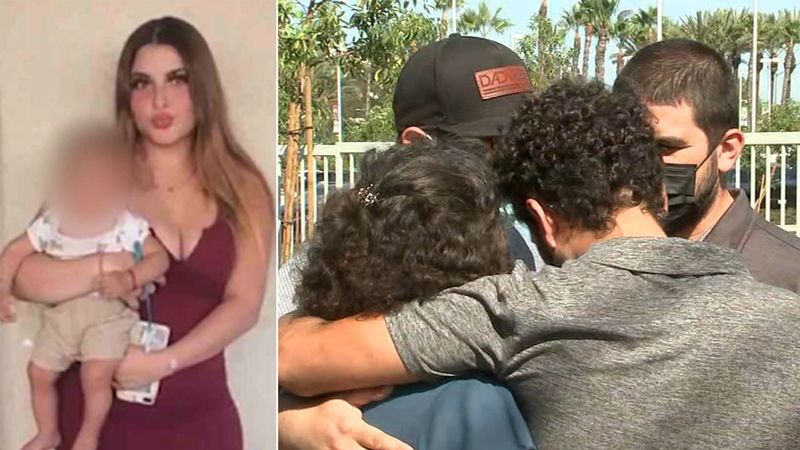 LONG BEACH, Calif. (KABC) -- An 18-year-old woman who was shot by a Long Beach Unified School District safety officer and was left brain dead will be taken off life support within the next 24 to 72 hours, according to family members.

Mona Rodriguez, a mother of a 5-month-old boy, was in the passenger seat of a car that sped away from an altercation when she was shot by a school safety officer Monday near Millikan High School.

According to the Long Beach Police Department, officers responded to the scene in response to a reported shooting, and arrived to find the woman suffering from a gunshot wound.

The brother also said the 18-year-old's organs will be donated.

According to police, a Long Beach Unified School District safety officer was driving in the area when he observed Rodriguez involved in an altercation with a teen girl in the street.

When Rodriguez and two others attempted to leave the scene in a vehicle, the school safety officer approached the car and fired into the vehicle as the driver was pulling away, striking Rodriguez inside.
EMBED More News Videos

Rodriguez's boyfriend, Rafeul Chowdhury, and his brother said they were in the fleeing car. They said the officer never told them to stop, and fired two shots into the vehicle.

Rodriguez was shot in the head.
"I don't think my girlfriend deserved this. It was all for no reason," Chowdhury said Wednesday afternoon.

Rodriguez's family members and their attorneys said they want justice.

The boyfriend of an 18-year-old woman who was shot by a school safety officer in Long Beach spoke out after the shooting left his girlfriend brain dead.

"She did not deserve to get shot. She might have been doing something she wasn't supposed to, but she was unarmed," Rodriguez's cousin Alex Cervantes said at the vigil. "She was already fleeing."

The family hopes criminal charges are brought against the officer.

"This officer should be in jail right now. The mother is suffering," Carrillo said. "Every family member and friend is suffering."