$50,000 reward offered for information on 2 suspects involved in unsolved murder of Sylmar man 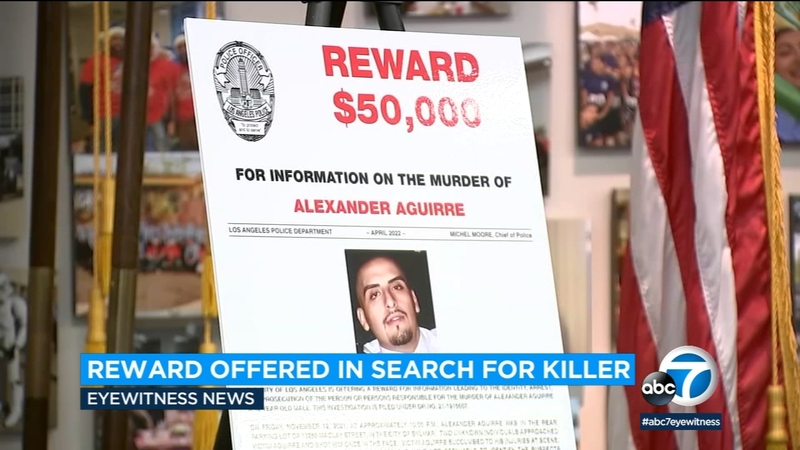 SYLMAR, LOS ANGELES (KABC) -- Alexander Aguirre, 40, was shot and killed six months ago, and now, detectives and the victim's family are making a new appeal to the public for information leading to the persons responsible.

The city has now issued a $50,000 reward for information leading to the two suspects who shot and killed Aguirre.

It isn't much, but new surveillance video provided by the family shows what they say are two suspects police are looking for moments before Aguirre was killed.

Police said that's when the two suspects approached Aguirre and his friend at a parking lot next to an apartment complex near the intersection of Maclay Street and Foothill Boulevard.

Police don't know who shot Aguirre or why they shot him.

At a recent news conference at the Los Angeles Police Department mission station, police and the family asked the community for help in finding the people responsible.

"There's a lot of violence in the streets and we have to do something," said David Aguirre, Alexander Aguirre's brother. "In order for this to happen, as a community, we have to look out for each other. We have to stick together, you know? Any information would be great, just to get us closer for having justice for my brother Alex."

Alexander Aguirre was one of five brothers. He also leaves behind a 13-year-old son.