Man found dead in Echo Park, LAPD says it may be homicide 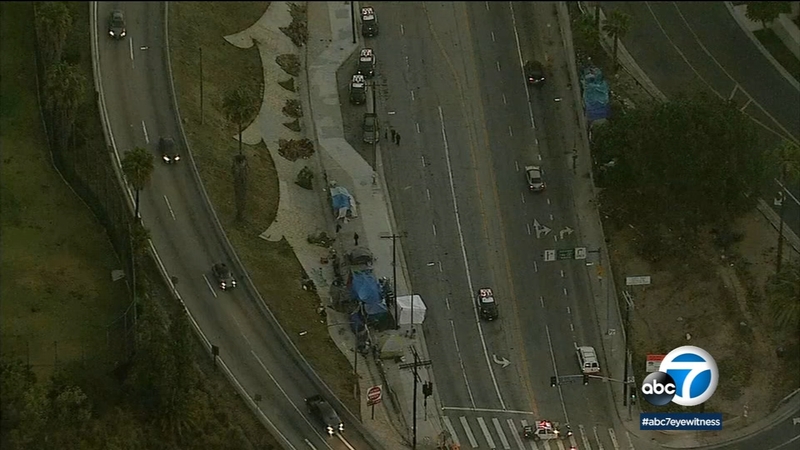 Man found dead in Echo Park, LAPD says it may be homicide

ECHO PARK, LOS ANGELES (KABC) -- An investigation is underway after a man was found dead Friday morning in Echo Park, and authorities believe it may be a homicide.

Officers responded to Glendale Boulevard and Allesandro Street at about 4:40 a.m. for a reported shooting, and located the victim, who died at the scene, according to the Los Angeles Police Department.

The victim's identity or what led up to the shooting were not immediately known.

LAPD temporarily closed the southbound lanes of Glendale Boulevard at Waterloo Street for the investigation.

Anyone with information regarding this case is urged to call LAPD.