LA's anti-camping ordinance for the homeless is now in effect. Will it make a difference? 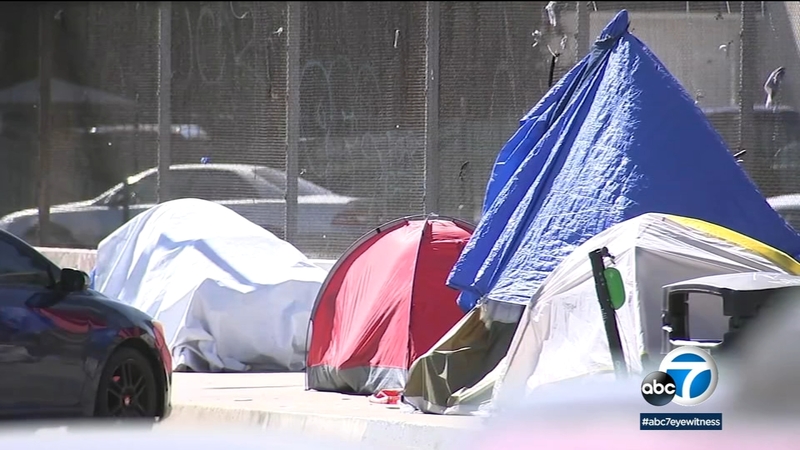 Los Angeles' homeless population now has to deal with stricter rules on where they can legally sleep and camp. The city's new ordinance restricting encampments in certain areas went into effect Friday, but enforcement is expected to be sporadic and target only very specific locations.

The updated ordinance now allows the L.A. City Council to target so-called "sensitive" locations like schools, day care centers, parks and libraries, and prohibit any kind of camping within 500 feet of them. The council would have to pass a resolution that names each specific area, posts signage and give notice of the date when the encampment would be cleared out.

Los Angeles Mayor Eric Garcetti has signed an ordinance to restrict the homeless from camping on sidewalks and many public places throughout the city.

"Passing ordinances that make it a crime to be on the sidewalk does nothing to help solve the homelessness crisis in Los Angeles," said Shayla Myers, the senior attorney for the Legal Aid Foundation of Los Angeles, which works with low-income and unhoused people. "It kicks the can down the road. It simply tells people where they can't be and it does nothing to provide people an option to move off of the sidewalks."

Sources in City Hall, though, say they don't expect to see a dramatic change in how the city deals with its homeless population, adding that only specific locations will see the law enforced and only after the city council passes stand-alone resolutions for each location.

In a written statement, Los Angeles Mayor Eric Garcetti said: "We don't need to choose between keeping our public spaces safe and clean, and connecting Angelenos experiencing homelessness with the services and housing they need. We can and will do both."

Councilman Joe Buscaino, who's running for L.A. mayor, is pushing for even stricter laws that would prohibit people from camping on any public property if they've already been offered shelter.

But the Los Angeles Homeless Services Authority says the city only has shelter beds for 39% of the homeless population.

The Los Angeles City Council voted to create 25,000 new housing units for the homeless by 2025 as part of the "A Way Home" initiative.