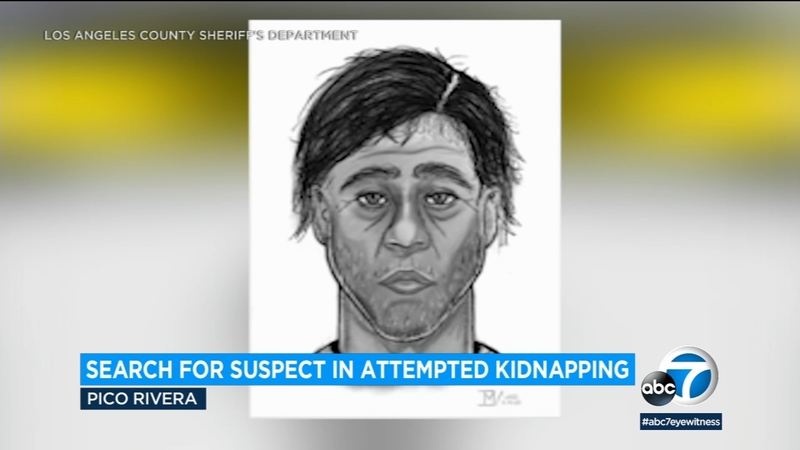 PICO RIVERA, Calif. (KABC) -- Authorities are asking for help identifying a man accused of trying to kidnap a young girl in Pico Rivera while she was walking home from school.

It happened Tuesday around 3 p.m. at Pico Park off Beverly Boulevard.

The Los Angeles County Sheriff's Department said the suspect allegedly grabbed the girl's arm and pulled her as she walked through the park.

That's when the suspect let her go, but not before authorities said he allegedly reached for a child that was with the Good Samaritan, but was unsuccessful. He ultimately took off running and remains on the run.

Ariel Naylor and Zayra Mendoza reunited for the first time since Ariel saved Zayra from an attempted kidnapping in Burlington, Massachusetts.

The suspect is being described by authorities as a Hispanic man between 30 and 35 years old.

He's reportedly 6 feet tall and weighs 200 pounds, according to authorities.

The sheriff's department said he has "salt and pepper shaggy hair" and was last seen wearing a black sweatshirt with black pants and tattered shoes.

Anyone with information is encouraged to contact the Pico Rivera Sheriff's Station at 562-949-2421.