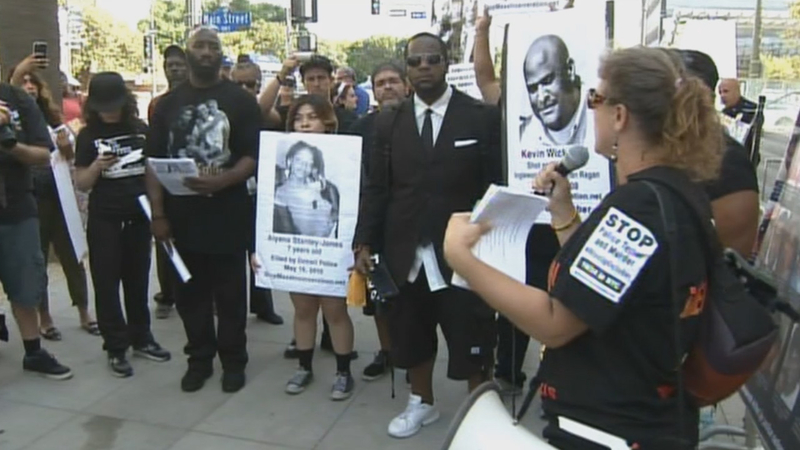 LOS ANGELES (KABC) -- Dozens took to the streets of downtown Los Angeles Thursday as part of what organizers have dubbed a National Day of Protest to Stop Police Brutality, Repression and the Criminalization of a Generation.

It was a small group making plenty of noise, holding signs and shouting "enough is enough" at times.

Activists, including some members of the Black Lives Matter group, rallied outside of LAPD headquarters Thursday afternoon before marching nearly half a dozen blocks to Sixth and San Pedro streets. Police stopped traffic along the way, giving the group safe passage.

"All over the United States, and this is our 20th year anniversary rise up October against police brutality and murder and the criminalization of a generation," activist Marie Martin said.

"Absolutely a legitimate problem. Police officers are human. I feel for the police at the same time," L.A. resident Jason Roach said.

While most were there to protest in unison, a few were there hoping to express their support for police.

"Well, I was here to find out why Black Lives Matter thinks that it's OK for criminals in the black community to kill other innocent black people in the community and then go out and kill police officers," Rev. Jesse Peterson said. "If they truly, truly believe that black lives matter, why aren't they protesting the blacks who are killing the blacks?"