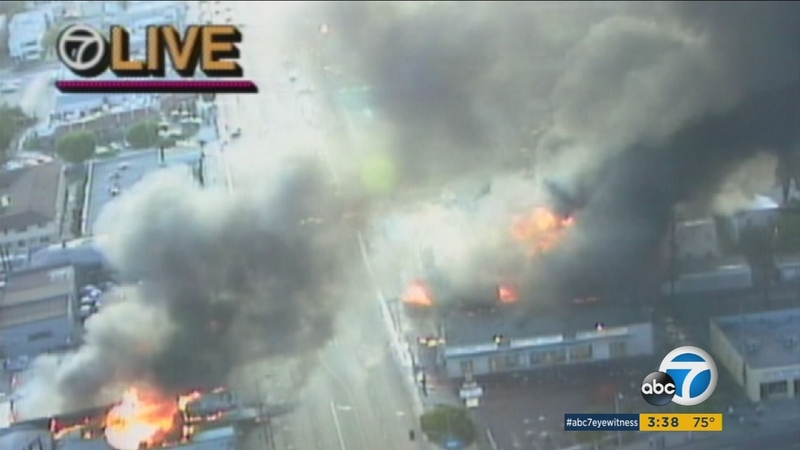 LOS ANGELES (KABC) -- The memories of the 1992 Los Angeles riots are still fresh for many people inside City Hall Tuesday afternoon.

Mayor Eric Garcetti and Police Chief Charlie Beck took a moment to look back at one of the darkest and dramatic moments in the city's history.

It all started after the acquittal of four Los Angeles officers in the beating of Rodney King. In the days that followed more than 50 people were killed, 4,000 injured and damages were estimated at more than $1 billion.

Beck has promised that the LAPD has learned from the tragedy, but he admitted he has fears.

"The city of Los Angeles may have learned these lessons, but I don't think our nation has. We are again creating communities without hope. If we become separated because of the pressure that is exerted on us, then we are doomed to see '92 again," he said.

Two young ladies in the room, who are just 16 years old, were born long after the riots. But they have seen videos and heard the accounts.

"It's crazy to think that my mom, she worked at Martin Luther King Hospital, and she tells me stories," Mercy Mehzun said.

They said they want their generation to learn from the moment.

"Talk to each other, to communicate and not ignore what happened because history does repeat itself and it can repeat itself," Merha Mehzun said.