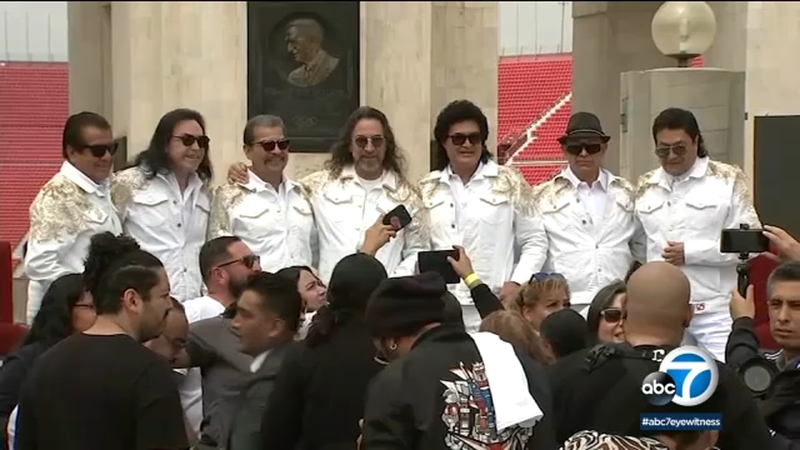 The declaration came as the legendary band announced a 2022 U.S. tour, including a concert scheduled for Aug. 18 at the L.A. Memorial Coliseum.

After a historic reunion, @somoslosbukis return to the stage with #UnaHistoriaCantada Tour! Tickets go on sale Friday at 10am local here https://t.co/VdzcBPANSw pic.twitter.com/5bL9uO2WO1

The band reunited in 2021 for the first time in more than two decades, then kicked off a tour in August with sold-out show at Inglewood's SoFi Stadium.

When the band announced the historic reunion, it brought deep and sweet nostalgia for generations of many Latino families, and a flood of videos on social media of children surprising their parents and grandparents with tickets to the show.
EMBED More News Videos

When Los Bukis announced their reunion, it brought nostalgia for generations of many Latino families, and a flood of social media videos of children surprising their parents with tickets to the shows.

During a celebratory event on Tuesday, lead singer Marco Antonio Solis reflected on the moment the band went on stage after so long.

"To see that moment and feel that moment, the energy that went through there was a work of God as we keep reiterating," he said.

Los Bukis became a massive hit in Mexico and across much of Latin America beginning in the 1970s.

Their love songs still play on Spanish-language radio, and the band -- which formed in Michoacan, Mexico -- remains a household name for generations of many immigrant families in the US.

"Truly, I'm very excited, like my colleagues," said Pedro Sanchez, the band's drummer. "It is a blessing from God. Thanks to him, we still have good health."

The band is kicking their newly-announced tour in New Jersey before heading to Las Vegas.

Tickets go on sale Friday, May 6.