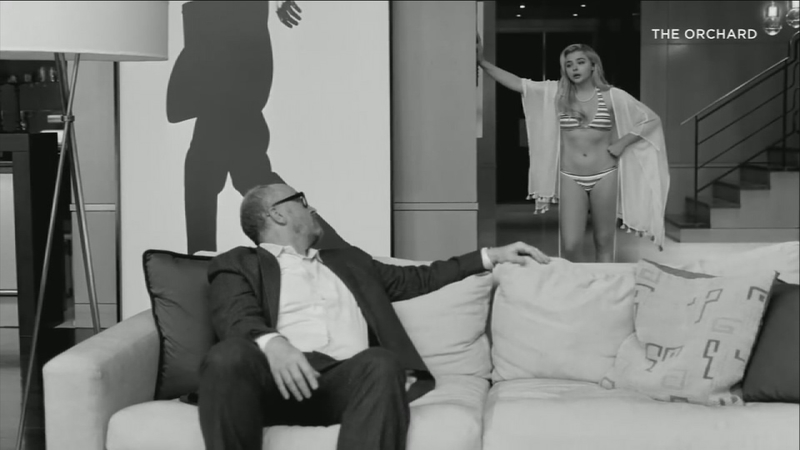 According to a New York Times report, comedians Dana Min Goodman, Abby Schachner, Julia Wolov, Rebecca Corry allege the Emmy-winning star of FX's "Louie" either pleasured himself in front of them, asked to do it or did so over the phone. A fifth woman detailed her allegations against C.K. to the paper but was not identified.

The alleged sexual misconduct happened more than a decade ago.

C.K.'s new film "I Love You Daddy," where he plays the part of a wealthy father with a teenage daughter, was set to premier Thursday night, but the film's distributor, The Orchard, called it off.

The company released the following statement: "In light of the allegations concerning Louis C.K. referenced in today's New York Times, we are cancelling tonight's premiere of "I Love You, Daddy." There is never a place for the behavior detailed in these allegations. As a result, we are giving careful consideration to the timing and release of the film and continuing to review the situation."

A lawyer for C.K. did not immediately respond to comment from The Associated Press or Eyewitness News, but a representative for the comedian said Thursday that C.K. would issue a written statement in the coming days.

Reaction from other actors and comedians on social media poured in. Comedian Jason Alexander said in a tweet that though comedy can sometimes be inappropriate, "our behavior, in the real world, toward women - that doesn't get a pass on inappropriate."

Gentlemen, comedy is often inappropriate. It is sometimes daring and audacious and shocking. But our behavior, in the real world, toward women - that doesn’t get a pass on inappropriate.

HBO announced Thursday that C.K. would no longer be participating in "Night of Too Many Stars: America Unites for Autism Programs," set to air on the cable channel November 18. HBO also said it will remove C.K.'s past projects from its video on demand services.

C.K.'s comedy writing and production tentacles spread throughout TV and film. He's credited as a creator of the Zach Galifianakis show "Baskets," in its third season on FX, and of Adlon's "Better Things," now in its second season on FX. He is also developing another series for FX called "The Cops."

FX said in a statement Thursday it was "obviously very troubled by the allegations."

"The network has received no allegations of misconduct by Louis C.K. related to any of our 5 shows produced together over the past 8 years," the statement said, adding, "the matter is currently under review."

"I Love You, Daddy" had its premiere this summer at the Toronto International Film Festival. C.K. said he and co-writer Vernon Chatman wanted to make a movie about beloved artists who are trailed by murmurs of scandal.

Some also see the black-and-white 35mm film as C.K.'s response to his own controversies. Allegations of questionable sexual behavior long have dogged C.K.: Roseanne Barr has said there are "multiple accusations" and Notaro advised C.K. to "handle" the rumors.

C.K. is among the latest Hollywood figures to be accused of misconduct in a wave that began when dozens of sexual harassment allegations were reported last month against film mogul Harvey Weinstein.

With so many celebrities facing similar sexual misconduct allegations, the Los Angeles County District Attorney's Office said it has established a task force of sex crimes prosecutors ready to evaluate cases that fall under their purview.

"I have assigned the group of veteran sex crimes prosecutors to work together to ensure a uniformed approach to the legal review and possible prosecution of any case that meets both the legal and factual standards for criminal prosecution," a statement from L.A. County District Attorney Jackie Lacey read in part. "To date, we have not received any cases from law enforcement for possible criminal filing. We are in communication with the Los Angeles and Beverly Hills police departments."