TICKFAW, La. -- In high-water vehicles, boats and helicopters, emergency crews worked Sunday to rescue scores of south Louisiana residents from deadly flooding as the governor warned that it was "not over."

From the air homes in southwest Louisiana looked more like little islands surrounded by flooded fields. Farmland was covered, streets descended into impassable pools of water, shopping centers were inundated with only roofs of cars peeking above the water.

From the ground it was just as catastrophic. Drivers tried to navigate treacherous roads where the water lapped at the side or covered the asphalt in a running stream. Abandoned cars were pushed to the side of the road, lawn furniture and children's toys floating through the waters. 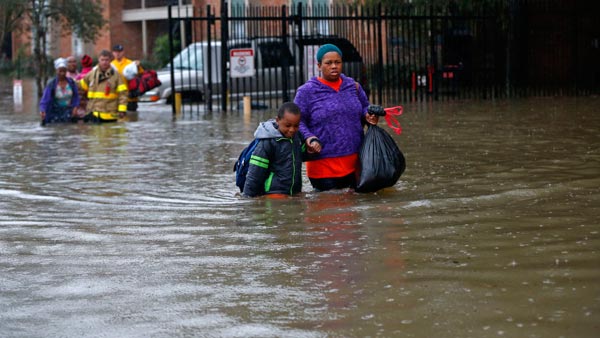 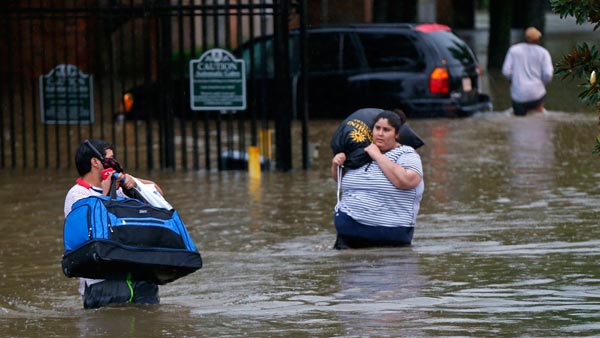 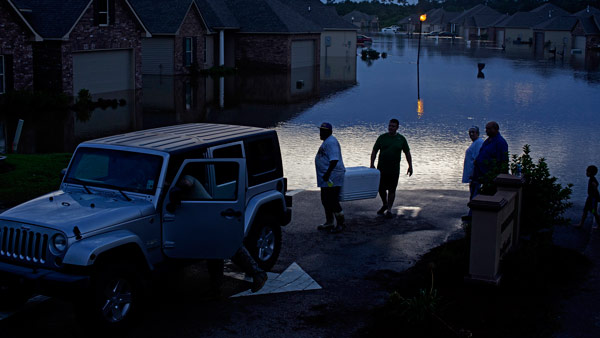 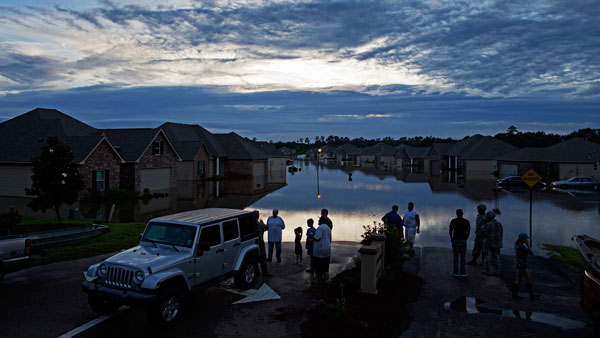 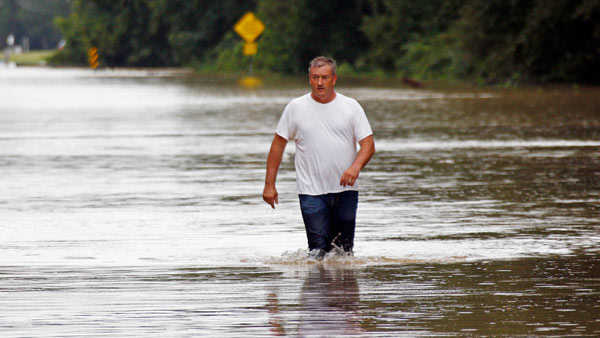 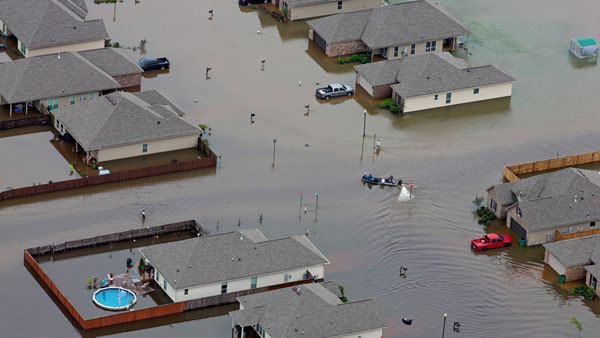 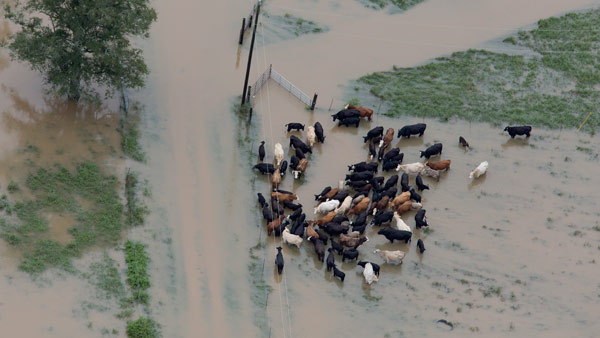 And in many places, the water was still rising.

Louisiana Gov. John Bel Edwards said Sunday that at least 7,000 people have been rescued so far. Edwards says the storm has "subsided in its intensity" but he called on people to refrain from going out to "sightsee" even as the weather gets better.

"This is a serious event. It is ongoing. It is not over," said the governor, emphasizing that in some areas water is continuing to rise.

He said the fatalities have not risen from the three dead reported on Saturday. One person is unaccounted for in St. Helena Parish.

Mike Steele, spokesman for the Governor's Office of Homeland Security and Emergency Preparedness, said there was an overnight spike in flood rescues in the eastern part of Baton Rouge. Two nursing homes were being evacuated.

Police were rescuing people from cars stranded on a miles-long stretch of Interstate 12, which was closed from Baton Rouge to Tangipahoa Parish.

One of those motorists was Alex Cobb of Baton Rouge, who has been stuck since around 11 a.m. Saturday morning.

Reached by telephone Sunday, she said she was on her way to a bridal shower she was supposed to host Saturday when flooding closed off the highway.

She said she had food intended for the bridal shower and a produce truck about a mile up the road shared its stock with drivers.

"They opened up their truck and started giving out fruits and vegetables to people," she said.

Cobb said some of the people stranded were actually fleeing flooding in their homes when they got caught on the freeway. Nearby her were a pregnant woman and an 80-year-old woman.

"People are surprisingly upbeat. I don't know how long that is going to last because it's getting kind of hot," she said. "We just want water."

"It never slowed down last night," Steele said Sunday morning. "For the last few hours, there has been just as much activity as at any point."

Gov. Edwards declared a state of emergency Saturday, calling the floods "unprecedented" and "historic." He and his family were even forced to leave the Governor's Mansion when chest-high water filled the basement and electricity was shut off.

In one dramatic rescue Saturday, two men on a boat pulled a woman from a car almost completely underwater, according to video by WAFB. The woman, who's not initially visible on camera, yells from inside the car: "Oh my god, I'm drowning."

One of the rescuers, David Phung, jumps into the brown water and pulls the woman to safety. She pleads with Phung to get her dog, but he can't find it. After several seconds, Phung takes a deep breath, goes underwater and resurfaces - with the small dog. Both the woman and dog appeared OK.

Walters said the Red Cross is also looking for volunteers.

In Baker, just north of Baton Rouge, residents were rescued by boats or waded through waist-deep, water to reach dry ground. Dozens of them awoke Saturday morning on cots at a makeshift Red Cross shelter only a few blocks from their flooded homes and cars.

Shanita Angrum, 32, said she called 911 on Friday morning when she realized flood waters had trapped her family in their home. A police officer carried her 6-year-old daughter, Khoie, on his back while she and her husband waded behind them for what "felt like forever."

"Snakes were everywhere," she said. "The whole time I was just praying for God to make sure me and my family were OK."

Beginning Friday, 6 to 10 inches of rain fell on parts of Louisiana and several more inches of rain fell on Saturday, according to the National Weather Service. Some areas got even more rain. In a 24-hour period, Baton Rouge had as much as 11 inches while one weather observer reported more than 17 inches in Livingston.

Forecasters expected a turn to the north Sunday by the system, warning portions of central and northern Louisiana could see heavy rain into next week.

Mississippi Gov. Phil Bryant declared a state of emergency for several counties in his state as it also battled the heavy rainfall.

As floodwaters swallowed Lyn Gibson's two-story home in Louisiana's Tangipahoa Parish, she hacked away on a hole near the roof, desperately trying to get to safety. She used a saw, a screwdriver and her feet, knocking her way through wood, vinyl and sheet rock and was eventually rescued by National Guard soldiers on a boat.

"I just kept picking and hitting and prying until I could get a hole big enough," the slightly built, 115-pound woman said.