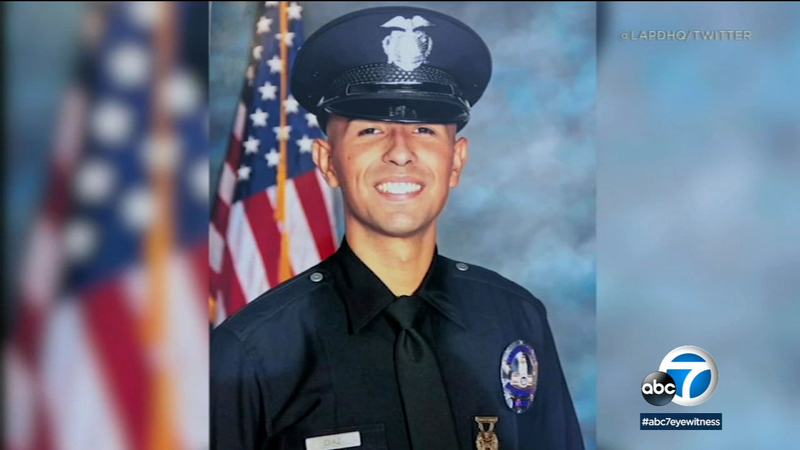 His memorial service was held at the Cathedral of Our Lady of the Angels in downtown Los Angeles, presided over by Archbishop Jose Gomez.

Diaz was off-duty when he was fatally shot July 27 while he was eating at a taco stand with his girlfriend and her brothers in the area of Avenue 26 and Artesian Street in Lincoln Heights.

He was killed after he saw people tagging and told them to stop, police said.

Diaz, who had been on the force for two years, was 24 years old. His older sister, Sarai, spoke before hundreds of people who attended the service, sharing that her brother had wanted to be a police officer since he was 5 years old.

"I always admired you, how you never judged people and always made it a point to see the good in them. You will forever be that piece of magic that this world needs," she said.

Diaz was also honored by Mayor Eric Garcetti and LAPD Chief Michel Moore, who offered his condolences to the Diaz family in Spanish.

"Let us never forget his qualities, his personality, his humility and his sense of humanity, his sense of humor and inquisitive nature," Moore said. "His commitment to improve the very neighborhood he grew up in. Let us work each day to honor his sacrifice."

Following the memorial service, a procession was held from the cathedral to Forest Lawn Hollywood Hills, where Diaz was buried.

Suspected gang members were charged with Diaz's killing and face multiple charges that make them eligible for the death penalty.