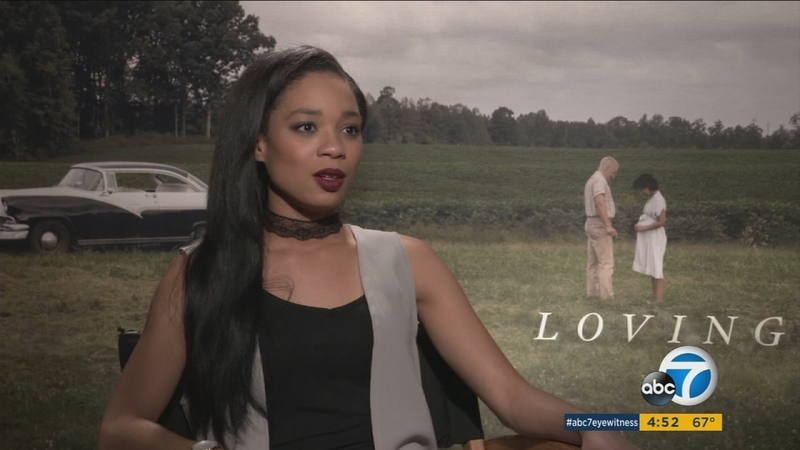 LOS ANGELES (KABC) -- "Loving" tells the true story of a white man and a black woman who were arrested after marrying in 1958 and were forced to leave Virginia to avoid prison time.

Their marriage was the basis for the landmark Supreme Court case, Loving v Virginia.

"I know that this film is going to be part of helping to push for social change in America, and that's just my prayer," said Terri Abney, the actress who played the sister of the bride in the film.

The 26-year-old actress remained a positive individual despite having gone through tremendous personal troubles.

"My grandmother raised me. She was murdered when I was 16. My mother was a prostitute, a drug addict. My dad was a drug dealer. My mom was in and out of jail," Abney said.

And although she stated that she came from nothing, Abney's past did not prevent her from achieving success.

Despite her mother's battle with addiction, the actress admired her authenticity and retained a valuable lesson from her.

"She told me ... (in) her cracked out, drugged out, prostitute crazy state, 'God sees the heart,'" shared Abney. "And so if you're able to look at a person and love them for their heart, not for what they can give you, not for what they have, that's what matters."

Abney also happily shared that her mother has been clean from drugs for one year.