A woman who was convicted in 1981 of arson felony-murder is now free from a Chino prison thanks to the work of the Loyola Project for the Innocent.
KABC
By Anabel Munoz 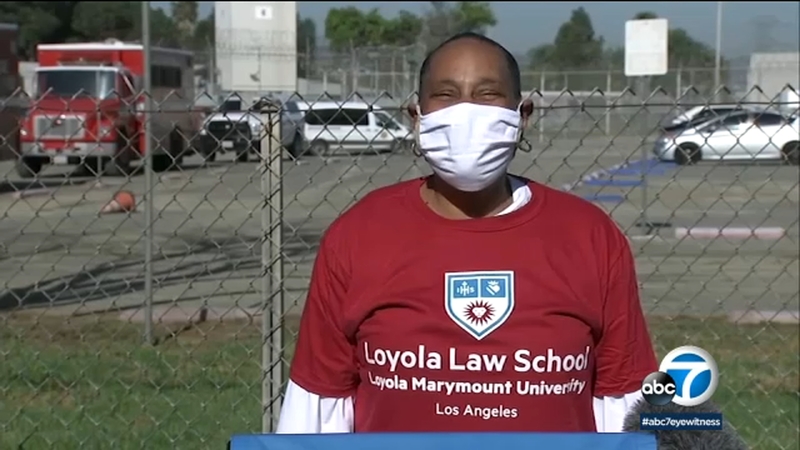 In 1981, Janet Dixon was convicted of arson felony-murder.

"Janet was 18 years old when she was arrested. And for the next four decades, she was in this facility serving a sentence that was illegal. She should never have been sentenced to life without the possibility of parole," said Loyola Project for the Innocent's legal director, Paula Mitchell.

LPI proved Dixon should have been eligible for parole 22 years ago, arguing the fire was not arson. After nearly 40 years in prison, Wednesday morning she was released.

"It feels so good. I never thought I would have this feeling. I'm so grateful," said Dixon, moments after being greeted with cheers from law students and attorneys who fought for the case.

Dixon said she's also relieved to be free during the COVID-19 pandemic. "A sense of relief because I don't have to deal with it because you still have a roommate and you still have 160 people in one area," she said.

Now they're working to overturning Dixon's conviction. Her attorneys said a neighbor began molesting Dixon when she was about 10; then groomed and abducted her. The woman convinced Dixon to perform an exorcism by fire on herself at 18, they said. Dixon was badly burned and the woman's eight-year-old daughter died in the fire.

"A child died. It's a tragic story from start to finish," said Mitchell.