Even with nonuplets and another daughter, Halima Cisse says she hasn't ruled out having more children.
KABC 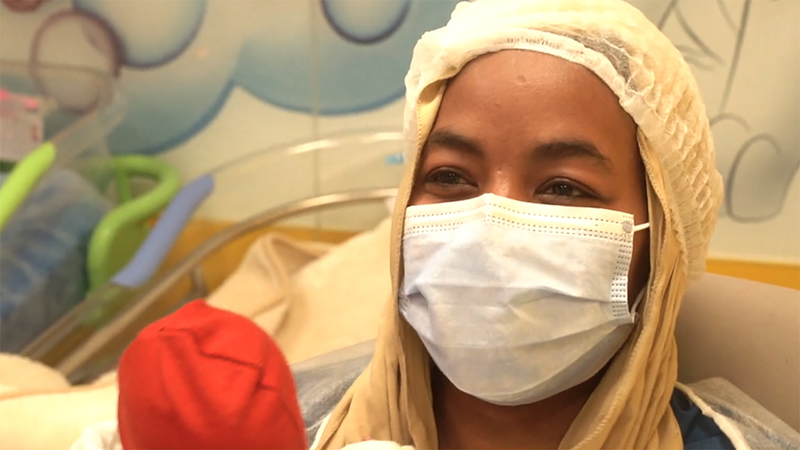 CASABLANCA, Morocco -- A woman who broke a world record for giving birth to nine babies at the same time said she feels very happy three months after the delivery -- and hasn't ruled out having more children.

To say Halima Cisse has her hands full is a bit of an understatement. The family said they go through 100 diapers and six liters of milk in a day. And the couple already has a daughter.

Her husband, Abdelkader Arby, shares that sentiment, calling the four boys and five girls a "gift from God."

But growing up as an only child, Cisse said she's always wanted a big family, surprise or not.

The 26-year-old mom lives in Mali. After a visit to her OB-GYN, she was told she was pregnant with seven and flew to Morocco for medical intervention.

At 30 weeks pregnant, she gave birth to nine children -- two more than expected -- by C-section.

Professor Youssef Alaqui, the director of the private clinic of Ain Borja in Casablanca, said during the birth, the nine babies and Cisse were in danger.

The smallest child weighed just over one pound, and Cisse underwent emergency surgery for internal bleeding.

Three months later, the nonuplets are all alive and thriving, being cared for in a neonatal unit in the Moroccan hospital.

Doctors said they expect the couple will be able to take their children home in two months, and Arby said they're anticipating what life will be like.

"We are focusing on our babies' being well," he said.

The record for the most children delivered at a single birth to survive belongs to Nadya Suleman, who in 2009 gave birth to six boys and two girls in California, according to the Guinness World Records. The babies, conceived using in vitro fertilization (IVF) treatment, were delivered by C-section.