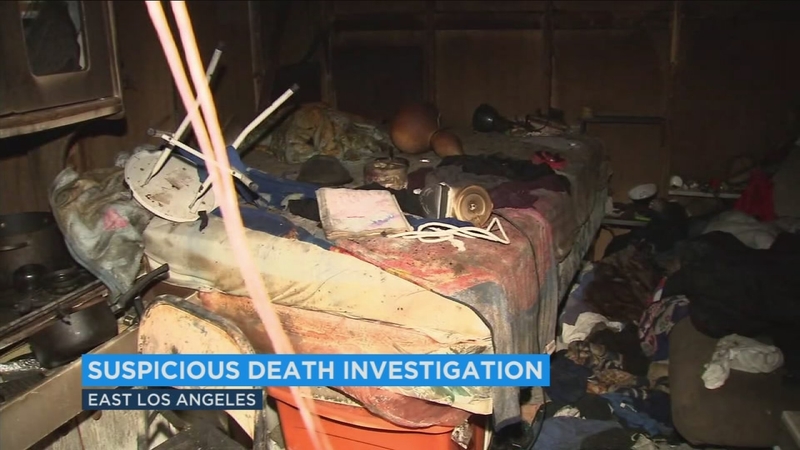 EAST LOS ANGELES (KABC) -- A man was found dead in a shed fire in East Los Angeles on Friday, and investigators say the incident appears suspicious.

Firefighters arrived to the 600 block of S. Fetterly Avenue, near 6th Street, at about 9:30 a.m. after they saw smoke in the area, Los Angeles County Fire Department officials said.

Upon arrival, firefighters discovered a shed fire with damage to an adjacent unit.

After they made entry and knocked down the blaze, firefighters found a man dead inside, officials said.

The identity of the victim was not immediately released, but officials said the man was between 40 to 50 years old.

Residents of the home said a man was living in the shed but refused to leave or pay rent. They were told they would have to go to court to evict him.

The cause of the fire was under investigation. The Los Angeles County Sheriff's Department's arson unit and homicide investigators were called to the scene.